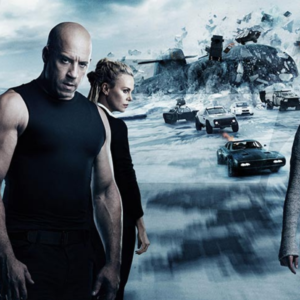 Fate of the Furious, Kong: Skull Island coming to TDS TV on Demand

Summer is for blockbusters—and TDS TV is happy to fill your mega film thirst. Up first is another outrageous ride from Vin Diesel and the gang, “The Fate of the Furious.” Next you can enjoy the most recent cinematic take on King Kong with “Kong: Skull Island.” Moving beyond blockbusters, fans of over-the-the-top action should check out the wild “Free Fire,” while lovers of classic adventure will appreciate the beautiful “Lost City of Z.” And finally, if you need something to divert the kids’ attentions for a bit, we’ve got the most recent “Smurfs” film to engage them. Enjoy!

“Fate of the Furious” pretty much follows the franchise’s familiar formula. The large international cast goes from one exotic location to another, racing tricked out vehicles, blowing up stuff, and generally having a pretty good time doing so. This latest installment of the wildly successful franchise pulls a twist as Dom (Vin Diesel) turns on his family. The “Fast and Furious” films may have lost their originality, but the fun and craziness is still quite evident. “Fate of the Furious” benefits from greatly from Charlize Theron, who plays the film’s villain.

“The Lost City of Z” is a bit of classic film making. It is gorgeous movie, rich with detail and nuance. The film centers on a British explorer (played by Charlie Hunnam) who goes in search of a legendary lost city in the South American jungle. And while that may seem like the blueprint for a grand adventure (and it is a grand adventure), “The Lost City of Z” operates on so many other levels. It is more “Lawrence of Arabia” or “Apocalypse Now” than “Indiana Jones”—taking a sober look at obsession, sacrifice, the search for fulfillment as well acting as an exotic travelogue.

Did the kids enjoy the recent Smurfs movies? If so, then sign them up for this latest adventure, in which Smurfette and her friends race through the Forbidden Forest in search of a big secret. “Smurfs: The Lost Village” is refreshingly colorful and easy going—stressing simple lessons over explosions and special effects.

I don’t expect anything deep with a King Kong movie—I’m looking for fun and adventure—and “Skull Island” delivers. Sure things are a bit goofy, but the effects are great and the film’s outstanding cast (Tom Hiddleston, Samuel L. Jackson, Brie Larson, John C. Reilly, John Goodman) seems to be having a good time. Probably the film’s greatest flaw is that it tries to do too much, but we can forgive that. Just check your disbelief at the door and enjoy the ride.

Get ready for mayhem on top of mayhem laced with twisted humor. “Free Fire” is a crazy, exhilarating romp—essentially a 90 minute shootout that would make Tarantino proud. The plot surrounds a gun deal gone bad between two gangs in a warehouse in Boston, circa 1978. The cast, including Cillian Murphy, Armie Hammer, Sharlto Copley and Brie Larson, look like they are having blast. “Free Fire” is not for everyone. The violence is played for laughs and the lack of a plot will strain some viewers patience. But if the trailer piques your interest – we recommend giving it a try.