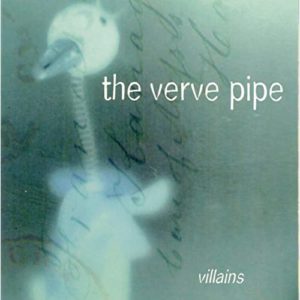 Nostalgia is one thing, but getting transported back to a simpler time because of a reader request? That’s a win-win! Today’s featured act comes in from a friend of the blog and hits on one of the most popular tunes of 1997—let’s check it out.

Brian Vander Ark was born in June of 1964 in Grand Rapids, Michigan. He began playing guitar at age eight and thought music may be in his future, but upon graduating high school, he turned to the U.S. Army and served for four years. During his time, he knew music was going to be his next adventure. He joined a band as a guitarist, but he decided that wasn’t for him and that he wanted to start his own thing.

Turning to his brother Brad, the two created a band called Johnny with an Eye and formed a partnership with Station C Studios Inc. When their recording wasn’t striking a chord, the engineer asked them to meet with another band the label was courting to see if they could help. They would end up doing more than that—the two groups finished their respective projects and then merged to form The Verve Pipe in 1992.  Their debut came out in fall of 1993, helping them obtain a devoted following around the state of Michigan.

After working for a couple of years, The Verve Pipe was trying to figure out the formula to make it on a bigger scale with their sophomore release. Enter Villains which hit the shelves in March of 1996. The first single dropped, and then the second, and it started to feel like perhaps it would be a similar reaction as their debut—locally smiled upon, but not making any waves nationally. Then the magic happened.

The single “The Freshmen” caught fire with radio all over the U.S. nearly a year after the album release. The single would jump all the way to No. 5 on the Billboard Hot 100 and drive sales for the overall record. Selling nearly five million copies worldwide to date, the single was a smashing success. Despite the track’s darker subject matter about a girlfriend taking her own life, the song was heard virtually everywhere, and transcended genres of various stations because the song was in such high demand. And interesting side note, the song was recorded and released three separate times. The first as an acoustic tune on their EP, then as a normal track with the release of Villains, and then tuned up and edited a touch for the single release—which is ultimately the version that took off.

In terms of style, this is pretty much standard late ‘90s post grunge rock. At first pass, it sort of blends in with the rest of the music from the time, and perhaps bands like Third Eye Blind or a small taste of Matchbox 20. But when you truly dive in, it has some solid substance inside, and it doesn’t feel so much like a one hit wonder.

I know I bought this CD shortly after the single hit it big, and before now I couldn’t have recited another track title to save my life. Going back today, perhaps it’s not musical history—but it’s got a feel to it that I could see going back to on occasion. Most of it has that almost melancholy rock, or ballad rock that seemed to be signature at the time. There are a couple more up-tempo songs mixed in, which creates nearly an hour of solid listening. I think any fan of ‘90s post grunge or maybe even fans of alt rock could certainly dig it.

A few lineup changes, but The Verve Pipe is still going strong playing concerts to this day. They have another four studio albums since Villains that perhaps I’ll check out soon. Until then, hop in the time machine back to 1997 today. Maybe you weren’t a freshman, but you probably weren’t under any quarantine, and doesn’t that sound like better times? Happy Tuesday!