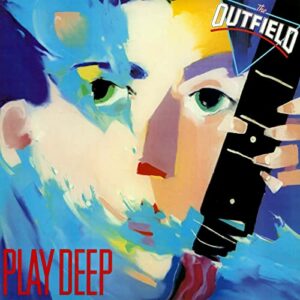 It’s funny how people use the phrase ‘one-hit wonders’ in a derogatory manner. What’s so bad about having one song that went so big, that its popularity spans multiple decades? Today’s featured act has one song everyone knows, and you’ve heard it through all walks of life. Let’s check it out!

Bassist and singer Tony Lewis, guitarist John Spinks and drummer Alan Jackman played in a power pop band called Sirius B in the late ‘70s. They rehearsed for six months or so and played several gigs around London, but their style simply didn’t match what was popular at the time. They went their separate ways, looking to attach themselves to more fruitful projects. Several years later, the three found themselves at each other’s doorsteps yet again, and they’d reunite calling themselves The Baseball Boys. This time, their style was a match and they signed a deal in 1984 with Columbia Records.

The band name was meant to be a joke named after a teen gang from the cult film The Warriors, and their U.K. label thought it was humorous. When the group started getting reputation for having a very American-sounding sound, they’d catch on with a label in the states as well—who didn’t think favorably of their chosen moniker. They were asked to change the “tacky” name and the next best option? The Outfield.

The newly renamed group concocted their first single called “Say It Isn’t So” and tried to drum up some buzz for their debut record. While the song charted, it didn’t generate what the label hoped, but they plowed forward anyway, and Play Deep was released in November of 1985. It was a solid hit from the drop, getting them hooked up with touring extensively, opening for acts like Journey and Starship. They weren’t into the hard-partying scene at the time, which some groups found to be off-putting, but it didn’t stop the fans from coming in droves.

The following February, the single “Your Love” hit major radio waves across the states. The song would rocket to no. 6 on the charts and the album itself started to fly off the shelves. To date, Play Deep has sold nearly 7 million copies worldwide. Critics seemed to enjoy the refreshingly upbeat sound and found the relatively simple nature of the album to be quite entertaining. Maybe it wasn’t a substantive record that would change the world—but not every album needs to be. All in all, this is exactly what was described: fun.

What I find most fascinating about this whole endeavor is that you’d expect all these baseball metaphors and names to come from a group of guys who grew up in the U.S. and played ball since childhood. In fact, none of the guys had ever played baseball and, because of all the puns, were almost forced to learn more about the sport. Spinks even noted the group had no clue what “an outfield” was at the time the name was selected. When they first arrived in the states, they started attending games calling it a game of “acquired tastes” and they were trying hard to acquire it. That yankee flair resonated in their music apparently, as their sales were never in England what they were here, which is very atypical for a band’s home country.

It’s a fun listen and it’s nearly impossible to not sing in your highest voice along with the top single, but I’d caution anyone to do it in front of others unless your falsetto is pretty on point.

John Spinks passed away in 2014, and the band decided to call it quits at that point. They have ten studio albums with half of them maintaining the sports themes, and their compilations also sharing the same panache. Until I familiarize myself with their catalog, I’ll continue to belt out my high notes from my quarantine today, and hopefully you do the same!