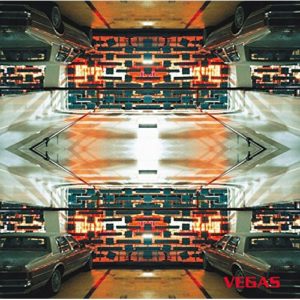 Certain genres of music can be very polarizing. Remember when parents believed that The Beatles and rock music were tainting America’s youth and forbid them from listening to it? That type of restraint is put on every generation, just with a new type of music. For some,  the electronic revolution that took place in the late ‘90s or early 2000s had a similar stigma and it made the music all the more popular for it.

Ken Jordan and Scott Kirkland became friends while working in a grocery store in Vegas back in the early ‘90s. Ken was a local DJ while also working as the college radio program director for UNLV. Taking Scott under his wing, Scott also learned the ropes to become a DJ. Ken bolted for Los Angeles in 1992, with Scott taking over the gig at UNLV. Soon after Scott followed to LA and the duo realized they needed to start a band.

The Crystal Method was created in 1993. They bought a house together in Glendale, Calif. – which had a small underground shelter beneath the front lawn. Planning on turning it into a studio, the idea turned out to be unrealistic for a variety of reasons. Instead, they built a studio in the home and called it ‘The Bomb Shelter.’ They immediately began creating demo tapes, with one falling into the lap of a British DJ named Justin King. King happened to be looking to start a label for electronic dance acts and TCM was a perfect fit.

After signing to Outpost Records they began working on a full-length album. Their debut release Vegas was released in September of 1997. Since the genre was very new to American radio and the label was so green, expectations were low. Vegas not only charted, but got all the way up to number 92 on the Billboard 200. It was certified Gold in 1998 and sits at Platinum status as of 2007.

From a style perspective, it was electronic unlike anything we had heard before. The Crystal Method and Fatboy Slim were truly pioneering the genre of big beat—and TCM took it one step further, creating the trip hop type music that you hear on a couple tracks here. It was music made to get you up and dance, or for some, music that pumps you up for whatever you need to accomplish in a day. The up-tempo nature of the sound, combined with great background beats and little vocal interference, means you can throw it on and keep going about your day. While critically this album has mixed reviews, those that are on the positive side label this as one of the best albums of the ‘90s. Because of the association the music had with rave parties—some critics felt it was too niche—and parents across the U.S. felt like if their kid was listening to TCM, they were getting into other bad teenage habits.

It’s easy to think this genre isn’t your style, or that you’ve never heard any of these tracks. However, songs from this record alone have been featured in hundreds of video games, commercials, movies and television shows. You may have heard a song on a Mazda ad and had it stuck in your head for days. I’ve known people to throw this album on during longer road trips, simply because it’s engaging enough to keep your toes tapping and your brain interested but background-ish enough to not lose total focus on the road. It’s because of this style that they are featured in so many different mediums—their total credits are well in the thousands and they have been featured in prominent films and video games since 1997—and they’re still going strong today.  Earlier this year, Ken Jordan decided to retire, but Scott still keeps the shows going. A collaborative album may be on the horizon soon, the first TCM release since 2014.

This is outstanding music to exercise to, crank at the keyboard to, or sit at home and zone out to. Give it a shot today, even it’s not normally in your wheelhouse. For only $5 dollars, it’s a heck of a lot cheaper than a real hour in Vegas.

Boss Babby, Ghost in the Shell, and more coming to TDS TV on Demand
Networks being upgraded in southeastern Kentucky