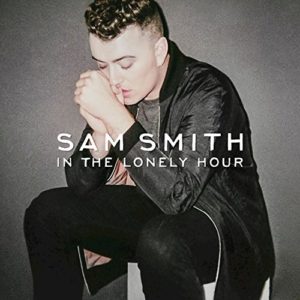 Countless hall of fame worthy acts took decades to achieve any notoriety and make it big. While rare, some artists burst on to the scene and hit it big within the first few years—and perhaps no one has done it as quickly and handily as today’s featured artist. Given his popularity on today’s pop charts, odds are you know him.

Samuel Smith was born in London in May of 1992. As a kid, he’d listen to old jazz records and got the idea to pick up instruments and start his own band. He found his biggest passion was in singing and songwriting though—for a number of years he even studied under famed jazz pianist Joanna Eden. All through school he was part of a musical theatre society and/or a choir and his passion for music seemed to keep growing as he did.

Smith caught a break in 2012 when his vocal was featured on a pop track that hit No. 11 in the U.K. That appearance was big enough to land a couple more cameos within songs and to release a handful of EP’s. Capitol Records took notice and offered him a two album deal, which is basically the minimum in the industry. Determined, he took it and felt this was the launching platform he needed.

After pre-releasing a couple singles to generate some buzz, his first album titled In The Lonely Hour was released in May of 2014. Thinking the needed one last boost, the single “Stay With Me” was released just two weeks prior to ship date. The impact was immediate and feverish. It debuted at number one in the U.K. and number two in the U.S. It would also reach top five status in fourteen other countries. Within the first year, the single itself sold nearly four million copies in the U.S. alone and another two million worldwide. To date, the album as a whole has sold over 10 million copies worldwide.

Amazingly, Smith was nominated for six Grammy Awards and walked away with four wins. Very impressive for a first effort. Critically, the album was lukewarm. Most praised Smith’s rangy vocal, but questioned the lyrical content and quality. It’s described by Smith himself as a “sad” record and written as essentially the diary of a lonely 21 year old. Perhaps that turned a few critics off.

Presumably like most people in the states, my first encounter with Sam Smith was the single “Stay With Me” on pop radio. I can recall first hearing it and being mesmerized by the vocal style. After hearing it roughly ten-thousand more times within a week, the track seemed to get played out fairly quickly. When more singles continued to not only see air, but also be solid, you knew this guy had something special. He’s since had seven more tracks see significant play on pop stations throughout the world, and his Grammy success is total vindication against anyone who felt he didn’t have the chops.

It’s easy given the timing and country of origin to compare him to Ed Sheeran. In an interview, Smith commented how Sheeran’s popularity pushes him to keep getting better and it’s a friendly competition. The winner of that battle is the music industry.

Sam Smith may not be The Beatles or even last week’s entry The Cars in terms of long-standing popularity in the business, we’ll see as time goes on. But he came in like a bolt of lightning and so far, has shown some serious staying power. I know I’m not the only one that will give In The Lonely Hour a listen today— and for $5 bucks, that’s a good thing.

Christmas in July on Hallmark
Summer art fun for kids in Madison, Wis.