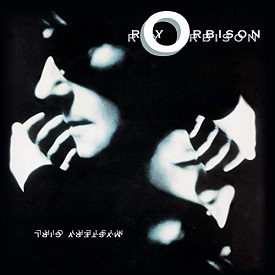 There are simply some names in music history that everyone knows. Maybe they didn’t sell the most albums, or have the most No. 1 singles of all-time, but you can sing along to their greatest hits and name their popular songs. Today’s featured artist is undoubtedly a household name, and has a handful of tunes we all proudly belt out in the car.

Roy Kelton Orbison was born in Vernon, Texas in 1936. He was the middle son to an oil well driller/car mechanic and a nurse. After the Great Depression the family moved to Fort Worth in 1942 so his father could find work in the aircraft factories. After a polio scare, they moved to a more desolate town called Wink. All of the Orbison kids had poor eyesight; Roy used thick corrective lenses at a very early age. He was self-conscious about his appearance, and began dying his nearly white hair black when he was a boy.

He took to singing early and at age six, his dad bought him a new guitar which got Roy hooked. He loved hearing Hank Williams and Jimmie Rodgers and knew his life would be in music. He’d form a band in high school and they were offered $400 to play at a dance. When he realized he could make money performing, he went to college, but consistently pursued music, dropping out shortly after enrolling.

His college band would play for a few years going through various lineups, and Orbison for a brief period worked for a songwriting firm to make ends meet. After calling it quits on the band, his first solo album was released in 1961. Success followed and he would have various top-10 hits in his first few years on the commercial charts. After a decade of success, Orbison went through a myriad of personal tragedies and a drastic decline in his popularity and sales. It wasn’t until 1986 in which David Lynch used a song of his in feature film “Blue Velvet” that Orbison’s career would be revived.

To capitalize on the sudden influx of popularity, Orbison released the album Mystery Girl in January of 1989. It was his first album of new material in a decade, and his twenty-second album overall. It would go on to be his first commercially successful album since the mid-60s. In conjunction with the release of his album with the super group band the Traveling Wilbury’s; Orbison had two U.S. charting albums at the same time. Mystery Girl has sold over five million copies to date—which is his best-selling of all time.

What’s to say about Roy Orbison everyone doesn’t already know? His vocal is mesmerizing, and one of the most easily identified in music history. When you hear a song like the featured single on this record, “You Got It”—you know it’s Roy and everyone in the grocery stores hums along, sings a few bars, and has a slightly better shopping experience. He had a three (or four)-octave range and made ballads a cool thing for guys to listen to. His persona was that of almost the uncool, cool guy—often being motionless during his performances. It was something so strangely unique, he became iconic.

Orbison has six Grammy Awards and is enshrined in the Rock and Roll Hall of Fame. Rolling Stone places him at number 37 on their “Greatest Artists” of all-time list, and number 13 on their “100 Greatest Singers of All Time” list.

Unfortunately, just a month after recording Mystery Girl, Orbison passed away from a massive heart attack at age 52. He was so surprised at his second chance at stardom, and was truly excited to pursue it. Roy was playing model airplanes with his sons and ate dinner at his mother’s house, getting ready to fly to London to film two videos for the Wilbury’s the day of his passing. A memorial was held for him in Nashville and another in Los Angeles. He was the first deceased musician since Elvis Presley (his friend and mentor) to have two albums in the top five on the charts at the same time. Give this icon a listen today. At $5.99, you won’t feel like crying about such a low price. Happy Tuesday!

How to watch every 2019 Hallmark Christmas movie
The lowest of the low: charity scams