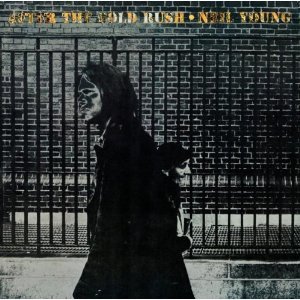 Legends are legendary for a reason. In the music business, you don’t have to love an artist for them to reach iconic status, but know that there’s a reason millions of people do. Today’s featured artist may not be at the tip of everyone’s tongue, but the body of work is second to none.

Neil Young was born in November of 1945 in Toronto, Canada. Dad was a sportswriter and mom was an activist. They’d move to very rural Ontario when Neil was a young boy, and he suffered from polio at age six. During that time, Neil listened to a lot of music on the radio – all kinds, from rock to country to doo-wop and idolized Elvis Presley. He began to teach himself music on a plastic ukulele.

After mom and dad divorced in 1960, they settled in Winnipeg where he’d form his first band in junior high. Neil dropped out of high school in favor of pursuing a musical career. His first stable band was called The Squires, and while playing a gig at the famed Flamingo, he met Stephen Stills whose band was playing the same night. He’d toil away with bands and solo work, when in 1966, he’d relocate to Los Angeles and everything began to take off. He met back up with Stills and they’d form Buffalo Springfield, which would lead to some outstanding notoriety. The band would last two years and Young would once again go solo. Releasing two solo albums in 1969, he began to cement his legacy in the music world.

Skipping a solid year of CSNY in ‘69-‘70, Young would find himself once again solo and looking to make new music. CSNY was such a hit, they all broke apart and dropped solo albums. Today I’m listening to Young’s After The Gold Rush which was released in September of 1970. The bulk of the recording took place in Young’s basement, a makeshift studio in Topanga, California. Critics were not immediately impressed, calling the album ‘dull’ and ‘soft’. Sales were solid though, with the album debuting at #33 on the Billboard 200 and earning a 2x platinum status in the states alone.

Over time, the critical reactions changed drastically. By 1975 Rolling Stone referred to the album as a ‘masterpiece’ and Gold Rush is widely considered Young’s best album. Going further forward, Q magazine voted it the 89th best album of all-time; Rolling Stone puts it at #71. Harvest threw out the designation it was the best Canadian album of all-time and various other publications have it on a ‘best of’ list or on their list of albums you must listen to in your lifetime.

Young’s style is perhaps a bit eclectic over his career, but this one is pretty straight forward. It’s folk rock through and through. His vocal is unmistakable, which is a true signature, and his lyrical quality is comparable with any songwriter in history. He’s spiced things up a bit on this record, introducing a harder sound with the single ‘Southern Man’ – offering a guitar riff that you typically didn’t hear with the top folk artists of the era. He also sparked a bit of a controversy with the track which condemned racism, prompting outcry from southern bands like Lynyrd Skynyrd. You can hear their response, naming Young in their smash hit “Sweet Home Alabama” released a few years later. The album from start to finish listens almost like you’re in a dream state, varying subject matters from interpersonal relationships to environmental concerns. It’s a shorter record, only 34 minutes, but the arrangements flow so well, you could easily be convinced you only had it on five minutes.

Neil Young went through so many more personal and band iterations over five decades, this blog simply doesn’t do his career justice. But I can tell you this is one of my personal favorite albums – probably in my top 25 all-time. Young still tours today, at 73 years old. Nothing beats going back to a classic though, and this one is top tier. It may only be Tuesday, but don’t let it bring you down. Give it a listen, and you don’t even have to tell me why you love it, I know you will. Happy Tuesday!

Films to watch with dad on Father’s Day
What is the dark web?