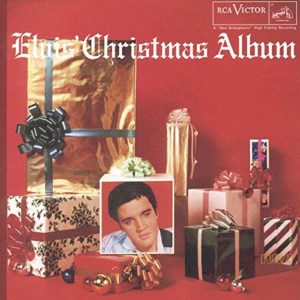 Elvis Presley was born on January 8th of 1935 in Tupelo, Mississippi. Elvis was supposed to come into the world with a twin brother, but his brother was delivered 35 minutes before him, stillborn. From a young age, Elvis became very close to his mother and attended church with her and that’s where he found musical inspiration. At ten years old, a schoolteacher persuaded him to enter a singing contest after hearing his rendition of an old country song during morning prayer. In spite of placing fifth, the family knew right away this was something he had a gift for. A few months later, they bought him his first guitar for his birthday even though he didn’t ask for one.

As he got older, Elvis became more introverted and isolated—often taking his guitar to school and playing/singing by himself over lunch hour. Famed radio personality Mississippi Slim had a younger brother Presley’s age, and he began teaching Elvis more technique on the guitar. He’d even set Elvis up with a couple on-air performances, the first being a failure due to stage fright, but the second being a success.

I’m not sure I need to go a ton further since most everyone knows what happened. Elvis was discovered, had some iconic television performances and became larger than life. Quickly into his amazing run, he put out a holiday album called Elvis’ Christmas Album. It released in 1957, only one year after his debut record. The idea was to put out a mostly Christmas, but also gospel themed record to see how it would perform.

Results were almost shocking, with the album spending four weeks at #1 on the Billboard charts. It’s been reissued by different labels for various reasons, but when you add them all up, over twenty million copies have been sold worldwide. Truly an unfathomable number for a simple holiday album, consisting of tracks almost everyone already knew. Famed “White Christmas” composer Irving Berlin was livid at the inclusion of his song and the arrangement on the album. He had his entire staff phone New York radio stations ordering it banned from airplay. Obviously the controversy did little to stem the album though, and it’s regarded as a five-star classic across the board.

It’s Elvis. What is there to say about such a legend in the industry? No one hears an Elvis album and mistakes it for something else—his vocal and his style are unparalleled. Even something like this particular holiday album, the way he brings that signature blend of blues, folk, gospel and then twists in his version of rock n’ roll—it’s easy to understand why this is still so popular today.

Even if you’re not a huge fan of cranking up holiday tunes in the car, because this album has the signature Elvis sound it almost doesn’t feel like Christmas music. The arrangements are such a departure for the almost cartoony at times classics, it’s very different to the ear. Add in the sprinkle of gospel classics here, and it’s easy to find yourself singing along. And bonus, if you happen to have an original copy of this, with the gold gift-giving sticker intact, you have the most rare and most valuable Elvis album in history.

There are literally millions of holiday albums out there by millions of artists. I highlighted just a few (Pentatonix and Anne Murray), hopefully ones that maybe you weren’t familiar with or simply forgot about. I think you’ll really like this one because after all, fifty million Elvis fans can’t be wrong…right? Happy Holidays!