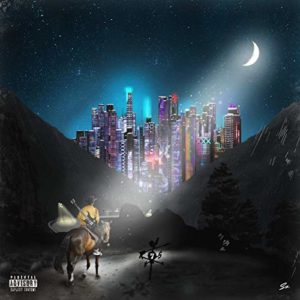 Isn’t it funny how an artist can arrive on the scene and seem to be the biggest thing since The Beatles? Sometimes they stick around for years; sometimes that star shines too bright it fades away. Today’s featured artist is just getting started, so what the future holds has to be determined.

Montero Lamar Hill was born near Atlanta, Georgia in April of 1999. Growing up in a very small town called Lithia Springs, mom and dad divorced when Montero was only six. He would settle in the infamous Bankhead Courts housing project with his mother and grandmother. Three years later he moved to Austell, Georgia with his father, and was initially reluctant to go—but in hindsight determined it was likely the most important decision in his life. With the crime near that area of Atlanta being so bad, he’s now certain he would have ended up falling in with the wrong crowd.

In fourth grade he began playing trumpet and quickly became first chair. He quit though, out of fear of looking uncool. He graduated high school in 2017 and worked odd jobs to support himself. He briefly attended University of West Georgia but dropped out. Montero began trying to build up his internet personality, and would post short videos and create fan accounts—but nothing seemed to ever catch on too virally.

In early December of 2018, Montero released the country rap track “Old Town Road.” The song went viral because of a “Yeehaw Challenge” meme on the social media app TikTok. The song debuted at number 83 on the Billboard Hot 100 chart, eventually getting all the way to #1. It would also place on the Hot Country Songs and the Hot R&B/Hip-Hop Songs charts, but Billboard controversially removed the song from the former, citing the track didn’t embrace enough elements of today’s country music to qualify. The publicity turned out to be great, and Hill, now going by Lil Nas X, would break Drake’s record of most U.S. streams in one week, with over 143 million. Looking to capitalize, he released the extended play (EP) album 7 just last month. It would debut at number two on the Billboard 200 and Lil Nas X would perform with Billy Cyrus at the BET Awards. Just last week, “Old Town Road” achieved 13 straight weeks at #1, becoming the first hip-hop song to do so.

If you’ve somehow been sheltered away from all pop culture the last few months, his style is this crazy blend of rap and country. Wanting to avoid doing a full album of that style, the EP is a blend of hip hop, country and a little punk rock. The remix of “Old Town Road” with Billy Cyrus would become an internet smash as well with half a billion streams on Spotify alone.

Given the release is just an extended play, it’s hard to be too critical or praiseful of it, but it’s a nice first effort. It can be a little hard to understand what he wants to be since the genres are all over the place, but maybe that’s what he wants to be? Similar to last week, some of the beats are almost house style and the EP is shockingly addictive. Typically EP’s typically don’t sell much, but in the short month it’s been out, it’s sold over 100k copies. Seems to me whatever he’s doing, he’s got some steam behind it.

Lil Nas X has been nominated for five Teen Choice Awards, with those results still pending. Not sure he’ll be up for a Grammy or anything just yet, but time will tell if he’s an internet sensation or a true musical threat. Either way, for only $3.99 throw this on and riiiiiiiiiiide till you can’t no more. Happy Tuesday!

Editor’s note: Some of the songs on the EP contain explicit lyrics.