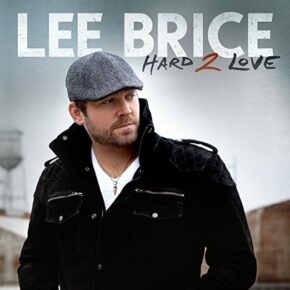 It’s probably well documented enough at this point in my music blogging career that I’m not exactly up to date on the latest in country music. Sometimes I rely on friends that are, but in today’s case, doing a simple Spotify search indicated a new name was popular. He had three songs on the top country list so obviously, I gotta check him out!

Kenneth Mobley Brice, Jr. was born on June 10, 1979 in Sumter, South Carolina. His younger brother would go on to be a contestant in Season 1 of CMT’s Can You Duet. So, I guess you could say music ran in the family. As a young boy, Kenneth played piano and guitar, sang in the church choir, and began penning his own songs before finishing grade school. Upon getting to high school, people started to recognize his abilities, and advised him to do local talent shows. He followed their advice and won three different competitions during those teenage years.

Kenneth decided to attend Clemson University on a football scholarship where he’d compete to be their starting long snapper. After an arm injury however, he decided to focus on his music career. At that point, it was simply a decision on which talent to focus on—the playing, the singing or the songwriting.

By 2007, Kenneth was working as a songwriter with credits on major artists like Jason Aldean and Keith Gattis. Later the same year, he’d start going by the name Lee Brice, get a deal with Curb Records, and he released a debut single. That little ditty would go on to peak at No. 29 on the county charts. He’d release two more singles that did well enough, but they became part of an album that remains unreleased to this day.

While his first album came out in 2009, today I’m listening to his sophomore record, Hard 2 Love which hit shelves in April of 2012. The lead single “A Woman Like You” was leaked early, in October of 2011 and it rocketed all the way to No. 1. That success didn’t yield the big sales number though, as the album (to date) has sold just under a million copies in the U.S.

Critically, the album was a pretty solid effort. Reviewers enjoyed the well-crafted nature of it and felt it was the strongest setlist of the year, top to bottom. They lamented maybe the lack of the one true radio hit that could catapult Lee into the stratosphere—but you never know when that lightning in a bottle will come.

So many times, when you hear a country album, it blends with so many other genres that to the untrained ear, it sounds like a hodgepodge of different artists. One thing I’ll toss in about my personal opinion of Lee Brice, he is country. There is no putting this album on and not knowing exactly what it is. And it’s not the old school ‘broken down pickup’, ‘girlfriend left me’ for the most part. It’s a good old-fashioned good-time album, and in times of uncertainty and pandemic, that can be the rut-breaker we all need.

Even if you’re like me, and country isn’t your standard go-to, Hard 2 Love is pretty unoffensive even to the biggest western hater. Lee continued to write for other artists, even with multiple studio albums credited in his own name. I see he’s collaborated with the likes of Tim McGraw and Garth Brooks, who are essentially the icons of modern country. So even if the solo stuff doesn’t equate to millions, safe to say he’s gotten his name out there in a very notable way.

With a bunch of CMT Award nominations and a couple wins, and even a Grammy nomination, go ahead and give Lee Brice a shot today. He’ll drive your truck, roll every window down, and by gosh, have you tappin’ your toes to the tunes. Happy Tuesday and be safe this week in your holiday plans!

Why report fraud?
Cheap Tunes Tuesday: Barenaked For the Holidays