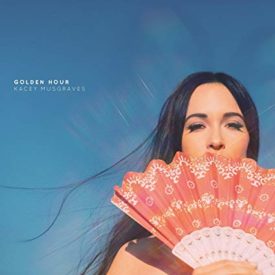 It’s the start of the new year, which CTT devotees may recall means I like to dabble into the unknown. Flipping the calendar is a great time to check in on some tunes that aren’t part of your normal routine. Today’s featured artist is new to me, and also part of a genre I should probably become more well-versed in.

Kasey Lee Musgraves was born in August of 1988. Growing up in a very small town in northeastern Texas, her dad owned a small printing business and her mom stayed home. Kasey was born six weeks premature and only weighed five pounds. She began songwriting at the ripe young age of eight when she wrote a song called “Notice Me” for her elementary school graduation. Her playing career began with the mandolin, then at age twelve she began taking guitar lessons.

Those very lessons were huge to Musgraves—forcing her to think about her passion for music and how important she felt it was in her life. Her mom would take Kasey to local music festivals to sing western swing music, and Kasey’s family funded her debut self-released album all out of pocket. Musgraves graduated high school in 2006 and immediately moved to Austin to pursue her career. She was discovered two years later by an indy label because of her two covers available on the internet. The covers were so well done, they’d end up charting in 2014.

Musgraves would end up finding her way to the Mercury Nashville label and release her debut album in 2013. Her first two albums both charted in the top five of the Billboard 200, and have sold nearly two million copies to date in the U.S. Today however, I’m listening to her most recent release, Golden Hour which hit shelves in March of 2018.

Response to this album was great from the get-go. It debuted at number four on the charts and received universal acclaim from critics. The album was nominated and won all four of its categories at the 61st Grammy Awards, including Album of the Year and Best Country Album. Musgraves also went on to win Album of the Year at the 52nd CMAs as well. At a stage in her life where she’d recently gotten married and the success she’d always dreamed coming to fruition, the album feels very genuine when singing about all the love and positivity in her life. Fun fact: a chunk of the record was recorded above a horse stable owned by musician Sheryl Crow.

If like me, you’re new to the catalog of Mrs. Musgrave. What you’ll find is a sound that is undoubtedly country—but with a twist. There’s this pop element to it, but it’s not pop in the Carrie Underwood traditional sense. A couple of the tracks have an electronic or even EDM type feel. The background fades in and out and has some neat drops, something I’m not sure I’ve ever heard before in lighter poppy country. Musgraves has also made an impression on the historically conservative country genre by singing about more progressive subject matter. She’s discussed LBGTQ acceptance and questioning religious sentiment to name a few. Some label her a rebel, but she rejects that notion, stating she simply sings about things that have made an impression on her life. She’s talked about influences such as Neil Young, Weezer and ELO in her music, and just on this album alone, you can hear subtle aspects of that very diverse fanship.

In late 2019, Musgraves announced her very own Christmas special available on Amazon Prime Video. She debuted a song with Jimmy Fallon and it sounds like the special has been very popular. She’s maybe not on the Mt. Rushmore of country vocalists, but her style and honest really do reel you in. Give this one a shot today—darlin’ I’m must tryin’ to tell ya, there’s always been a rainbow hanging over your head. Happy 2020!!