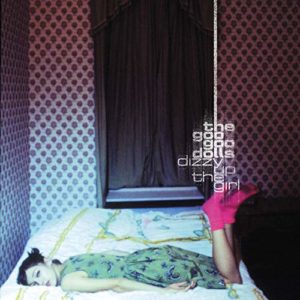 Some bands maybe never hit that absolute high note by topping charts, selling billions and becoming icons. Despite that, those same bands are often the ones everyone recognizes and would happily shell out $50 bucks to see live (or crank up their radio when their favorite tune comes on). You’ve heard of today’s featured act, belted out their hits—but wouldn’t chisel them into musical Mount Rushmore.

Johnny Rzeznik, Robby Takac and George Tutuska started a band together back in 1986. The latter two had been long-time friends since grade school and they met Rzeznik while playing in a band with a family member. From reading a crime magazine called True Detective, they saw an ad for a toy called a Goo Goo Doll. They had a small gig and needed a name, so it stuck.

In 1987 they hooked up with a small label and released an album, but it didn’t really go anywhere. They continued to hustle all around Buffalo, New York’s underground music scene, eventually branching off to play across the country. They would open for some fairly large acts, like Motorhead and Bad Religion. Attempting to capitalize on some of that steam, they released a second album in 1989, again on a smaller label, and again with very little fanfare or sales. This caused Takac to move to the background and Rzeznik to take over vocals, just to see if that would make any difference. Their third album was released in 1990 and featured the singer change. While sales remained slow, the buzz started to pick up.

The fourth record received critical acclaim and grabbed media attention and some sales. Encouraged, the band to put all their effort into the next one. The fifth finally got them on to mainstream radio with such hits as “Name” and “Long Way Down”. Today I’m listening to their sixth studio release titled Dizzy Up The Girl, released in September of 1998.

At this point Tutuska had been kicked out of the band and the Dolls had found a new drummer, so some were worried about a change in their previous success. That was almost immediately put to rest when the band leaked the single “Iris” in April of ’98 to generate some buzz. The single immediately went to #1 on the Hot 100 Airplay charts. It remained for 18 weeks which is a record that still stands today. Four other singles would end up going top 100, two going top 20, one top 10. Sales were frenzied, with nearly 10 million copies sold worldwide to date. Singles were used across all media, one even being a major feature in the film City of Angels starring Nicholas Cage and Meg Ryan.

Selling boat loads of records and landing squarely in the mainstream typically means you sacrificed your natural sound in the eyes of fans. Most didn’t feel that way about the Goos and this particular record. It was a nice balance of rocking and ballad, with a sound that the band simply seemed to enjoy. If you were sucked in by the singles on the prior record, there was plenty here to keep you entertained. Some of the original garage band fans may have left, but they were the minority.

In this era of post alt-rock, I guess you’d call this pop rock, which is probably fair, but had the album come out three years later it would have been labeled punk and marketed to an entirely different audience. The band has become such heroes in Buffalo that July 4th 2004 was proclaimed “Goo Goo Dolls Day”.

Goo Goo Dolls are still making music and touring today. They had a 20th anniversary celebration tour of Dizzy Up The Girl last year, and put out a five track EP of new stuff. They’ve a very charitable band, giving back to a myriad of causes close to them. For that reason alone, give this one a shot today. I promise you’ll feel however you felt in 1998 again, and isn’t that nice? Happy Tuesday!

Put the brakes on car scams
Your TDS bill is getting fresh look!