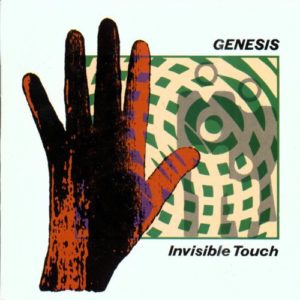 The music business can be a fickle beast. One day you’re flush, the next you’re bust—the power to get on the charts is hard to find, let alone to stay. Today’s band is a fairly household name, but it took a good fifteen years before they found their commercial stride. Once they did, the sales were fast and furious.

A group of guys met at Charterhouse School, a private institution in Godalming, England. One of the members, the now-famous Peter Gabriel, had formed a band with two mates. Meanwhile, another band formed at the school and the two would often compete in talent shows. In 1967, both groups had split up, so the best foot forward was a merger of the best talent from each group. They called their creation Genesis and began professionally recording a demo tape.

In spite of the members being between ages 15 and 17, they signed a one-year contract with Decca Records and hit the studio. Partially because of their young ages, but also because of a relative lack of success, the band went through tremendous lineup changes from 1967 through 1970. Needing a new drummer, they placed an ad in a local music newspaper. They would find Phil Collins, who was playing for a smaller act during that time. In 1975, Gabriel stepped aside as lead singer, left the band, and Genesis wanted to go a new direction creatively. At the center of the changes, was moving Phil Collins from drummer to lead singer, and focusing on a newer pop-type directive.

After a few more band member changes, Genesis finally found their niche. All the moves paid off as they began selling gold and platinum records, culminating in the release of Invisible Touch in June of 1986. Despite being their thirteenth studio album, it was many music fan’s first time hearing the band with such frequency. Six singles saw major radio play from May of ’86 through March of ’87. It would vault all the way to number three on the Billboard 200. They even own the distinction of being the first band to have five top five singles on the U.S. charts.

An interesting fun fact: the album was recorded entirely on the spot; no material was developed prior to recording. One of the more praised tracks lyrically is ‘Land of Confusion’, which was written by guitarist Mike Rutherford. He was lying in bed with the flu, Collins sat next to him like a secretary dictating the ramblings of a man with a 103 fever. Afterward, he asked Collins, “I don’t remember anything I said, is it all rubbish or was it any good?” The strategy worked, as it now sits with 10 million copies sold worldwide.

Critical response from this album initially were mixed, which isn’t surprising. In a time when most Hot 100 type music was pop, it could be hard to distinguish the good from the mediocre. Given the synthpop style at some points, it also got lumped in with Styx or Supertramp type acts, which it really didn’t compare to—a drastically different style. In retrospect however, Invisible Touch is simply masterful. From top to bottom, the album runs through up-tempo standard pop, to thoughtful, introspective ballads. Out of eight tracks, six of them were successful singles and very popular radio staples to this day. It remains their top-selling album, and since the band called it quits in 2007, is likely to stay that way. Collins hinted at a reunion back in 2015, but nothing has come to fruition just yet. Stay tuned.

I’ve truly started out my year right with a couple absolute classics. This one today for $5 bucks is a steal. Buy this right now and listen to it immediately, and again tonight, tonight, tonight!

My Little Pony, IT and Blade Runner 2049 come to TDS TV on Demand
What you need to know about Meltdown and Spectre