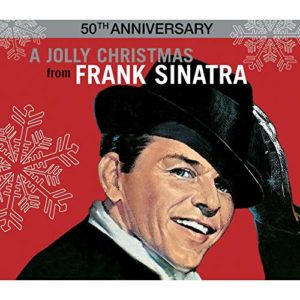 Occasionally in music, sports or acting especially, words like iconic and greatest of all time are thrown around all too frequently—but sometimes if you look back at history those terms are well deserved. Today’s artist may be the first-ever icon, and I don’t think anyone would argue his status on the all-time greats list.

Francis Albert Sinatra was born in December of 1915. He was the only child of Italian immigrants and weighed a staggering 13.5 lbs. at birth. His mom was extremely energetic and driven—traits that biographers believe were the dominant factor in the development in Francis’s personality and self-confidence.

He developed an early interest in music, particularly big band jazz. His first instrument was a ukulele given to him at his 15th birthday party which he used to start performing at family gatherings. Although he liked music, school was not his bliss. Sinatra only attended 47 days of high school before being expelled and then spent another 11 months at a business school before dropping out.

Francis found work singing around New Jersey, then in New York, literally singing for his dinner or a pack of cigarettes. He began taking elocution classes for a dollar from his vocal coach, looking to improve his speech. His first break was joining a group called the Hoboken Four—who only let him in because he owned a car and could act as the group’s chauffeur.

I’m fast forwarding, but by 1941, Frank Sinatra was at the top of all the charts. He appealed to adults, young adults, and teenage girls—all at the same time. In a career spanning 54 years, Frank recorded 59 studio albums in his solo work and sold nearly 200 million albums worldwide. Today however, I’m listening to Frank’s first full-length Christmas album, A Jolly Christmas from Frank Sinatra released in September of 1957. It features the Ralph Brewster Singers along with an orchestra conducted by Gordon Jenkins.

Surprisingly, the album was somewhat of a disappointment initially and only charted at #18 in the U.S. Prior to this record, every album he released would, at minimum, hit the top 10, with most going up to #1. Sales were good over time, however, and the album was certified platinum—his first solo effort to hit that prestigious mark. The album would be re-released in 1965 with new cover art and a new title: The Sinatra Christmas Album. Over the next five decades, the album—under both names—was re-released several times. Even in 2010 it was reissued on vinyl for the first time since the early 1980’s.

How do you quickly sum up one of the of the greatest ever? From the opening track through the twelfth, you know it’s Frank. That classic crooner sound shines through in every single Christmas standard. For people that maybe don’t know, Sinatra was Elvis, Michael Jackson or The Beatles well before those artists picked up a microphone. Sinatra has unprecedented power both on screen and off. He was known for his storytelling abilities through music and considered a “genius” from his ability to convey emotions. Oh and by the way, he had the vocals to back it all up. He had a charisma at the time that was simply unheard of, he was well liked by everyone, from the wealthiest to the blue-collar guys grinding out a living.

Frank passed away after a heart attack in Los Angeles in May of 1998 at the age of 82. He had such an impact across the U.S., the night of his death the lights on the Empire State Building were turned blue, and the lights in Las Vegas were dimmed in his honor. His status truly reached coast to coast. Celebrate his legacy today by picking up this remarkable holiday album. And at $5.99, you might just cry out, “Hark! Check out this incredibly low price.” Feliz martes!