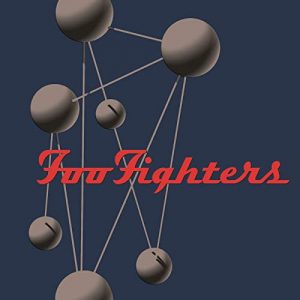 Cheap Tunes Tuesday: Foo Fighters, The Colour and the Shape

Isn’t it always fun to rediscover an album from time to time? One that maybe you wore out 20 years ago and then forgot about for a solid decade? Although today’s band has been featured here on CTT before, their second album hasn’t—and it’s a good one worth revisiting!

A few years ago, I discussed the formation of the Foo Fighters and how they got their start. While the debut was certainly worth talking about at length, their sophomore album was certainly no slouch.

Since Dave Grohl essentially recorded the entire first album himself, their second release would almost be like a new debut of sorts for the group. There was concern whether the band would match Grohl’s original vision and direction. The Foos had become international stars with all the commercial singles off their first album, and critics speculated their second album would reflect a change—perhaps more of a grunge sound instead of straightforward rock. While most of the sophomore effort is still Grohl’s—his song structure and base—most of the album was composed of the rest of the guys jamming along with their own flavor (with producer Gil Norton polishing it up into something presentable). While the process was long and frustrating at times, Grohl admits he looks back on the record fondly today. He claims it only takes one time to listen to it and understand why they did it that way and would do it again a million times.

The Colour And The Shape hit shelves in May of 1997. Grohl had recently been through a difficult divorce from his wife, and the album is meant to listen as a therapy session of sorts—rotating between slow and up-tempo tracks. The response was nearly unanimous love. At a time when rock albums were under such scrutiny, with every artist compared to the next (it seemed no one could live up to the hype of that mid 90’s wave), not only did critics view the album favorably during the time, but also compared to the debut, which was no small feat. The masses loved it too, as it shot up to No. 10 on the Billboard 200 and hitting the top ten in seven other countries. It quickly hit platinum status in the U.S. and has sold over five million copies to date, making it their best-selling effort as a band.

Somewhat surprising, only three singles from the album hit the commercial radio waves, but they are three songs widely heard over twenty years later on a consistent basis—which is, in fact, the very impetus behind the blog entry today. I was recently taking a small road trip and heard the single “Everlong” on the radio; a song in my personal top five of the 1990’s. It reminded me how good this album is, and I immediately played it.

Foo Fighters have their share of negative nellys, but overall, the band has ascended to heights no one thought imaginable at first. They were just a “Nirvana spinoff” and they’ve managed to continue making music since 1994 and are still going strong. They’ve sold tens of millions of albums and are one of the more consistent bands around. You know when they put something out, it’s going to give you at least one or two solid commercial singles. Often backed by quirky music videos, they put something out there that makes most smile. They blur the line so eloquently with their overall alt rock, post-grunge sound, but will toss a curveball with a beautiful ballad and wonderful melody from time to time as well. They even embarked on an acoustic tour, years ago, just to throw something different out there for fans. On top of that, Grohl makes the most random appearances and seems to be a man of the people—and who wouldn’t enjoy that?

If you’re thinking you’re not familiar with the fighters of foo, you can hear them just about everywhere. Their tracks have been featured in countless movies, commercials, and television shows. “My Hero” off this album alone has made a myriad of appearances. But if you’re not convinced, give this a go today. Step back in time and wonder if anything could ever be this good again. Happy Tuesday!