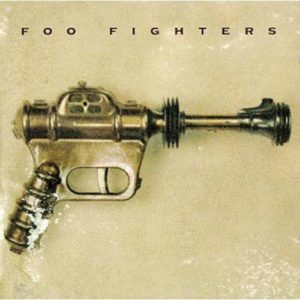 Seeing how people can react to the most difficult things in life can be inspiring. For example, today’s featured act started after a tragic event and has turned into one of the best-selling rock acts of a generation.

Nirvana lead singer Kurt Cobain was found dead on April 8th of 1994 and the surviving members went their separate ways. Drummer Dave Grohl had offers to join various bands, including Tom Petty and even Pearl Jam. Instead, he made the very bold decision to venture out on his own and show off his personal chops. He had written songs for years, but never thought they stacked up against what Cobain composed, so he shelved them. They, along with Grohl himself, were about to get their time in the sun.

Wanting to be more than ‘just a drummer,’ Grohl set course to record a demo in which he’d play every instrument on the record, including providing the vocals. He would complete around an album’s worth of material in about five days and sent out cassette copies to his friends for feedback. The unnamed “band” and untitled project seemed to be going the right direction, and Grohl began to think about the long term.

Being enthralled by UFO-related books at the time, Grohl decided to name the band Foo Fighters—a WWII term for flying objects. He’d later admit if he thought his experiment would take off, he’d have named it something else. Regardless, the demo took off.

Needing an actual band, he began scouting and came up with a solid team. The group made their official debut in February of 1995 at a show in California. The Self-Titled debut album would be released shortly after, in June of the same year. Worried about not being able to live up to the sound Grohl created himself, the band dynamic was a bit icy at first, but those early shows squashed any concern. Feedback was great and the record was a solid seller out of the gate.

The Foo Fighters album moved as high as 20 on the Billboard 200 and was top five in a dozen other countries. To date, it’s sold roughly five million worldwide, being just shy of double platinum in the U.S. It spawned six radio singles of which, three remain very popular on major radio stations all over the world. The album would end up being nominated for a Grammy Award, but ironically lost out to Nirvana’s MTV Unplugged in New York.

Many critics wanted to naturally compare Foo Fighters to Nirvana, but thankfully, Grohl went in a very different direction. Sure they’re both rock acts, maybe even alt-rock to an extent, but the sound is very different between the two bands. Grohl’s vocal was also very different to Cobain’s often over-the-top gripping performances. The Foo’s also put a spoof of a Mentos mints commercial into an MTV video. The response to that was outstanding, and turned more people on to the band.

For a group and album that really were never expected to see the light of day, they quickly escalated into a legit enterprise. They’re not only a signature band of the ‘90s, but they’re still going strong today with an album out as recent as last fall. A band that started out as a response to a sad event, had turned themselves into an institution.

So many people have jumped on their bandwagon since this first album came out, and Grohl has never let them down. Foo Fighters are one of the best live performances I’ve ever seen, and I’d highly recommend checking them out. Until that day, give this a heavy rotation in your music playing cycle. You’ll be x-static once you hear it, and you may find yourself exhausted after how much you enjoy it. Happy Tuesday!