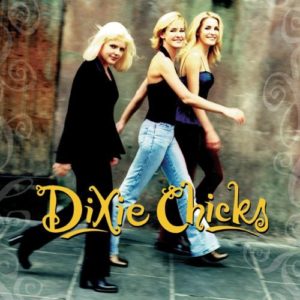 Success in the music business is fleeting—usually because your sound isn’t as unique as it once was, or perhaps because you didn’t have that radio friendly follow-up to the mega single. Today’s band went from being potentially the most popular act in the U.S. to barred from most media, all because of a statement at a concert.

Four women started a bluegrass band in 1989 playing some original tracks and country standards around Dallas, Texas. What made them unique; all four would sing and play various instruments on stage—and that ranged from fiddles to mandolins all the way to banjos. They called themselves The Dixie Chicks after a tune called Dixie Chicken from the ‘70s.

In 1990 a Texas senator’s daughter took interest and had her father write the band a $10,000 check so they could record an album. Despite not really selling many albums, the band started to generate a decent following. Inspired to really make the dream happen, they began experimenting with a more contemporary country music sound—and even replaced the lead singer with a younger woman with a bit more range. In 1995 they signed a developmental deal with Sony Music, put the ‘cowgirl’ costumes in the closet, and tried their hand at the big time.

After getting in the studio and trying out different formats, the Sony execs came to check in on progress. They were blown away and committed to a long-term deal with their newly formed offshoot label Monument Records. Dixie Chicks were actually the first band to sign with that particular brand. The first release with the new buzz was Wide Open Spaces and it debuted in January of 1998.

The success was fast and incredibly furious. It brought the band two Grammy Awards, reached #1 on the Billboard Country charts, #4 on the Top 200 and has sold a jaw-dropping 15 million copies in the U.S. to date. Our friends in Australia completely immersed themselves in the album, with it spending 363 consecutive weeks within the Top 20 of their charts. For those that don’t feel like doing the math, that almost seven years—truly an accomplishment. In 1998 the Dixie Chicks sold more CDs than all other country artists combined. They are often credited with putting contemporary country back in the mainstream and paving the way for so many other artists.

Even though they were battling Sony in a very public contract dispute, the band was riding high. They were on every show, featured in every music special and made appearances across all mediums. Just when the band was getting engraved into the Mt. Rushmore of music history, they made some controversial remarks about the Iraq war and then President George W. Bush in 2003. Since the comments were made at a concert in England, there was an added debate about being on foreign soil. The backlash was staggering, causing the band to almost go into hiding due to most radio/TV stations boycotting the group and most of their endorsement deals being terminated. They went off the road for years and even took a hiatus. In 2016 they got back to it with a European tour eventually headlining a tour in the U.S. —the first time they’d done so in over a decade.

While country music isn’t generally in my wheelhouse, I find their story fascinating. Whether right or wrong, your freedom of speech can have some serious ramifications and the band learned that at a time when their popularity was in the clouds. I’m sure the band would love to catapult themselves back to when Wide Open Spaces was released, and like you, remember the good ol’ days. Give this a shot today for $5 bucks and let ‘er rip!