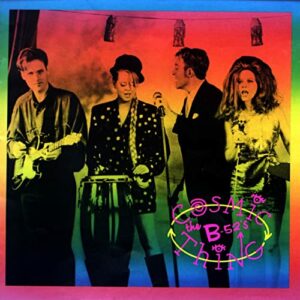 Occasionally you get a band that’s so unique, you don’t have any idea what to call them. In terms of today’s featured act, everyone has heard the hits across all sorts of platforms. But even those emit such a different vibe, you’re left shaking your head and singing along hours later because of how catchy the tunes are.

Back in Athens, Georgia in 1976, Cindy Wilson and her brother Ricky were dining at a Chinese restaurant. They met Kate Pierson, Keith Strickland and Fred Schneider while sharing a flaming volcano drink together. It got them talking about music and they decided to hold a jam session. It started as exactly that, playing congas and just strumming along with the vibe at the time.

After a few months, the laid-back demeanor turned serious and they started calling themselves the B-52’s after a particular beehive hairdo Pierson and Cindy Wilson sported for their first decade of performances. From the very get-go, I suppose you would describe the band as having a quirky sound. It was very new wave with a blend of dance and surf music—with Schneider going from singing to talking within the same line of a song. Someone once described their sound as the type of music you’d hear at the thrift store—I’m not sure a more apt analysis has ever been uttered.

Their first single “Rock Lobster” was released in 1978 and gave the band a small insight to what success looks like in the industry. From their debut album in ’79, through three more records released through 1986, each album seemed to build on their style, yet their popularity appeared to be fading. In fall of 1985, Ricky Wilson died from AIDS-related illness. The band was devastated, and they took an indefinite hiatus and refocused. The result was reuniting in 1989 and releasing the album Cosmic Thing in June of that year.

Strickland and Wilson had relocated to upstate New York and all four members cited the proximity to nature as the main inspiration behind the record. They focused on keeping their kitschy style—but tackling subject matter lyrically that was a bit more complex. Themes such as anti-capitalism, environmentalism and self-reflection were introduced to fans, and much of it was considered a healing process following Ricky’s passing.

The second single released to the public was “Love Shack” and it took the band from successful to mega-stars. While I was only a little kid, it seemed you couldn’t go anywhere without hearing that song. The music video was weird and suddenly radio was playing this old-school crooner-type track with great backing vocals to compliment Schneider’s eclectic vocal.

Cosmic Thing became a huge hit, eventually selling nearly 10 million copies worldwide and spawning six singles, two of them being on rotation even today across radio stations globally. The B-52’s were even featured on the cover of Rolling Stone magazine in 1990 after a world tour and being nominated for four MTV Video Music Awards (winning two). It took a decade and some incredible tragedy—but eventually this unique brand of art-pop caught a wave of lightning, and the B-52’s did their absolute best to capitalize on it.

While they never technically broke up, the band produced no new material from 1992 through 2008. They most recently toured the USA and Europe in fall of 2019 and in February of this year, were featured in Archie Comics’ book Archie Meets the B-52’s. While this might not be music you listen to everyday, it’s a fun listen. One that gets your spirits up on a tough day. Give Cosmic Thing a shot today—and bring your juke box money!