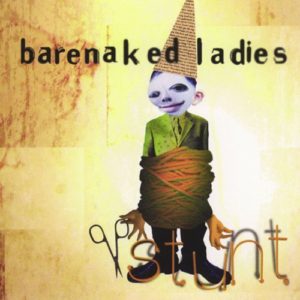 By Austin Krueger on September 19, 2017 in Online Life

On the rarest occasion a song or band can come on the radio and an entire group of random people in the store, car—wherever you are, all sing along with glee. In today’s case, the band has such a fun, jam vibe, it’s hard not to belt out the lyrics and tap your toes with a big smile on your face. They seem to have that effect on pretty much everyone I know.

Ed Robertston and Steven Page started a band in 1988. They’d gone to school together since fourth grade, but became friends after meeting at a restaurant following Peter Gabriel concert. Not only having that in common, but many other musical tastes, they started playing songs together in their home of Ontario, Canada. They attended a Bob Dylan concert as kids and were bored by the show. As they were pretending to be rock critics to pass the time, they made up fictional backstories of each band member— including one who’d been in a previous band titled ‘Barenaked Ladies.’

Sometime later, Ed was set to perform in a battle of the bands show, but they’d broken up and forgotten about the gig. When the agent called to confirm the talent, Ed responded that he’d be there, and the band name was Barenaked Ladies. He called Page and played their first show as BNL on October 1st of 1988. In spite of zero rehearsal time, the band showed well, even having a few other more well-known bands invite them to open in the future.

There is SO much more history to the group, but I’ll save that for another blog post. They added a few members, caught fire in Canada and signed a worldwide record deal in 1992. In spite of that deal and tour not going great, they trudged on and found their lightning in a bottle with the 1998 release of Stunt. Buoyed by the heavily played single “One Week” which climbed all the way to #1 on the charts, the album itself rose to #3 on the Billboard Hot 100. The single alone would well over five million copies, with the record as a whole listed at 4x platinum in the U.S.

The album came out six years after their debut, so the band was in a lull with fans. This release brought them back in the forefront, especially in their native Canada where they’d fallen off a bit. For U.S. audience, this was the first time hearing the band and their popularity took off. The tour was a major success and the album started to see play in various media, film and television.

Admittedly, I was one of the four million that picked this album up right away because it was so unique compared to other pop and alt music at the time. I don’t necessarily recall listening to it much though back then—it wasn’t until later when I heard more of their stuff that I started to truly enjoy them. Their eclectic lyrical style combined with the laid back, fun nature of their music makes it hard to turn off. I wouldn’t argue this is the best album in their catalog, but since it’s the one that tuned most of us on to BNL, I give it major credit. Compilation albums normally don’t give you a full taste of a band’s style and history, but they have a great one released in 2001.

BNL is back in the studio, working on their twelfth record. They’ve been nominated for so many awards (including two Grammy Awards) and maintain an outstanding following to this day when touring. They’ve dabbled in cruise ship shows, ice cream flavors and environmentalism—but if you’re a BNL purist and you simply want the music, pick this one up today for $5 bucks. Get it quick, because it may only been cheap for one week or so.