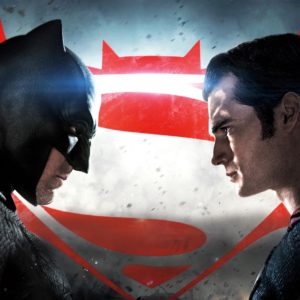 We are in the dregs of summer, but don’t fret, because we have one of the year’s most anticipated films coming to TDS TV on Demand – “Batman v Superman: Dawn of Justice.” In addition to the superhero blockbuster, we’re excited about the latest “Barbershop” comedy, the thriller “Criminal” and the crazy video game-like action flick “Hardcore Henry.” And if that doesn’t interest you, just hold on because a fourth “Sharknado” film is coming to you soon. You can’t beat that for fun!

Batman v Superman: Dawn of Justice
“Batman v Superman” is a well-done superhero film, featuring two of the comics most iconic characters. The movie overdoes the computer generated effects, and could use a dose of levity, but fans of the Dark Knight and the Man of Steel should enjoy this epic clash. Available July 19.

The Perfect Match
Cynical playboy Charlie doesn’t believe in relationships – until he meets the beautiful Eva. An attractive and appealing cast is hamstrung by a predictable story, but if you’re in the mood, go for it. Available July 19.

Barbershop: The Next Cut
It has been 10 years since we’ve been to Calvin’s Barbershop, but this latest installment serves up a welcome dose of laughter (as well as some more serious elements). The talented cast (Ice Cube, Anthony Anderson, Cedric the Entertainer) is back, and all are in fine form. In “The Next Cut” the gang must not only save the shop, but the surrounding neighborhood. Available July 26.

The Boss
Melissa McCarthy plays a former industry bigwig who gets sent to prison for insider trading. Upon her release, she seeks to rebrand herself as America’s sweetheart. “The Boss” features a great cast, including McCarthy, Kristen Bell and Peter Dinklage, but the crude and caustic humor doesn’t fire on all cylinders. Fans of McCarthy may enjoy her manic performance, but other may want to pass. And don’t bring the kids – this is for adults. Available July 26.

Criminal
A dead CIA agent’s memories are implanted into a death-row inmate in the hope that he’ll complete a critical mission that could save the world from war. It’s a engrossing thriller with lots of twists and turns to keep you guessing. Ryan Reynolds and Kevin Costner star. Available July 26.

Hardcore Henry
Exhilarating, inventive film that acts like a supercharged first person computer shoot-em up game come to life. Action fans should appreciate “Hardcore Henry,” even if the premise is a bit gimmicky. The violence is rampant, the humor twisted and the pace intense. Available July 26. 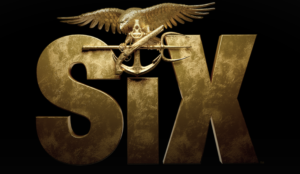 Six
“Six” is not a documentary. It is an eight-episode scripted series following Navy SEAL Team Six as their mission to eliminate a Taliban leader in Afghanistan goes awry. “Six” kicks off on Monday, July 18, on the History Channel.

Elena of Avalor
The new animated series introduces Disney’s first Latina princess. Elenor (Voiced by Aimee Carrero) gets to fight all sorts of badies, including witches and sorcerers. Friday, July 22, on Disney.

BoJack Horseman
Inventive adult animated comedy series that offers a cynical and often nasty take on Hollywood and the world of celebrity. In the show, BoJack is a washed up actor trying to make a comeback. “BoJack Horseman” is never boring, but the snark may turn off some. Will Arnett, Amy Sederis, Alison Brie, Paul F. Tompkins and Aaron Paul provide the voices. Season three debuts on Friday, July 22, on Netflix.

MADtv
Reboots are all the rage, so why not the long running “MADtv,” which aired from 1995-2009 and was inspired by the legendary Mad Magazine? The sketch comedy returns on a new network and with a new cast for an eight-episode primetime run. “MADtv” debuts on Tuesday, July 26, on The CW.

Shooter
Ryan Phillippe stars as a former Marine sniper who prevents an assassination of the president, but finds himself caught up in a a major conspiracy. This 10-episode series (which was made into a film in 2007 with Mark Wahlberg) also stars Omar Epps and Tom Sizemore. “Shooter” premieres on Tuesday, July 26, on USA Network.

Ripper Street
Set in the late 1800s, check in with H Division, the detectives charged with investigating the bedeviling crimes in the notorious Whitechapel district of London – the hunting grounds of the legendary Jack the Ripper. “Ripper Street” is consistently one of the most enjoyable and inventive mystery shows on the air. Thursday, July 28, BBC.

Tallulah
Original comedy-drama staring Ellen Page as a free-spirited young woman who rescues a baby from Beverly Hills mother and then passes the child off as her own. Allison Janney also stars. “Talullah” opens in theaters as well as debuts on Netflix on Friday, July 29.

Sharknado: The 4th Awakens
Can you really offer a review of any “Sharknado” film? Not really, it’s sharks in tornados, for crying out loud. The best thing is to just enjoy the kitsch along with friends and a drink. Sunday, July 31, Syfy.

Teen Choice 2016
John Cena and Victoria Justice host this year’s festivities. Will Justin Bieber and Selena Gomez nab an award? Can “Captain America” kick “Batman v Superman?” Will “Pretty Little Liars” fight off “The Vampire Diaries?” Best sit down with your teen and find out on Sunday, July 31, on Fox. 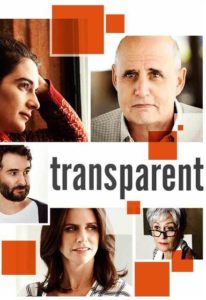 The award-winning “Transparent” has been renewed for a fourth season – well ahead of its third season debut.

“Fargo” is coming back next year with the dynamic leading pair of Ewan McGregor and Carrie Coon.

SyFy has canceled “Hunter” after only one season. The network had high hopes for the series, which was based on the 2013 bestselling novel “Alien Hunter” by Whitley Strieber.

Fans of the hacker drama “Mr. Robot” can rejoice. The series will go from 10 to 12 episodes for this season. Hooray for more good stuff!

How to play Pokémon Go—the basics to get you started
Cheap Tunes Tuesday: Dixie Chicks