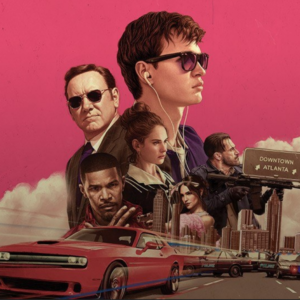 Baby Driver, Spider-Man and Pirates of the Caribbean come to TDS TV on Demand

TDS TV on Demand delivers to your home two of modern cinema’s most iconic characters, the Amazing Spider-Man and Captain Jack Sparrow. In addition to the latest “Spider-Man” and “Pirates” adventures, there is the electrifying “Baby Driver,” which features some of the most breathtaking stunts in recent memory. And if that’s not enough, we’ve got belly laughs with “Girls Trip” and Gothic melodrama with Sofia Coppola’s “The Beguiled.”

The fifth “Pirates” film contains all the expected elements of the franchise – thrilling escapes, laughs, otherworldly villains and an engaging performance from Johnny Depp as Jack Sparrow (sorry, Captain Jack Sparrow). The story surrounds a ghost pirate (Javier Bardem) who has escaped the Devil’s Triangle and is out to get Sparrow. “Dead Men Tell No Tales” is rollicking good fun, even if it is all getting a bit predictable.

Sofia Coppola’s southern Gothic tale is dripping with eroticism and jealousy and tension. The story surrounds a wounded Union soldier who stumbles into a girls’ school in Virginia during the Civil War. The soldier’s presence slowly and uneasily releases a cascade of emotions, desires and actions that will have weighty consequences. Nicole Kidman, Colin Farrell, Kirsten Dunst and Elle Fanning star in this stylish and atmospheric tale.

Four lifelong friends travel to New Orleans to reconnect and unwind from the worries of the world. The result is a gut-busting romp filled with booze, parties, dancing and romance in the Big Easy. The story is often sophomoric and not terribly original, but the cast of Regina Hall, Tiffany Haddish, Jada Pinkett Smith and Queen Latifah will keep you laughing for the entire ride.

The latest take on Spider-Man is one of the best. “Homecoming” is a nice blend of wit and warmth and fast-moving fun, highlighted by a star-making performance by Tom Holland in the title role. In this most recent incarnation of Spider-Man, Holland plays a teenager with extraordinary powers who struggles to find his way in the ordinary world. The film benefits tremendously from a first-rate supporting cast, including Robert Downey Jr., Michael Keaton and Marisa Tomei.