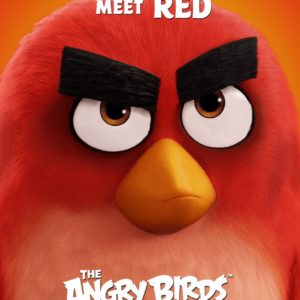 The juggernaut that is the Rio Olympics continues this week (here’s how to watch), but TDS TV on Demand has a slew of new films to fill your free time once the last race has been run. In addition to some high profile films, such as “The Angry Birds Movie” and “The Huntsman: Winter’s War,” there are several excellent lesser-known flicks, including the outstanding documentary “Dark Horse.”

The Angry Birds Movie
Madcap film based on the popular game. “Angry Birds” packs loads of gags (some work, some do not), wonderful animation, and an outstanding voice cast, including Jason Sudeikis, Josh Gad, Danny McBride, Maya Rudolph, Sean Penn, Bill Hader, Peter Dinkage and many others. Available August 16.

Love & Friendship
Based on a Jane Austen story, “Love & Friendship” is a comedy of manners set in England in the late 1700s. Kate Beckinsale is an opportunistic widow who sets out to find a suitable husband for her daughter—as well as one for herself. Despite many of the typical Austen elements, the film plays like a parody of films such as “Sense and Sensibility” and “Pride and Prejudice.” Available August 16.

God’s Not Dead 2
If you liked the original, you’ll probably find something in this story of teacher who gets into trouble for talking about religion in her classroom. “God’s Not Dead 2” is a step up production-wise compared to its predecessor, but the tone and message are pretty much the same. Available August 16.

Dark Horse
Beautiful, warm, inspiring documentary about a group of working class friends in Wales who decide to invest in breeding a championship race horse. It is sort of a real life “Rocky” tale—often very sweet and very funny. You’ll find yourself smiling and cheering in equal shares. Available August 23.

Maggie’s Plan
Quirky comedy about a woman who plots to get her husband and his ex-wife back together. It’s sort of a Woody Allen-esque screwball comedy buoyed by a strong cast, including Greta Gerwig, Ethan Hawke and Julianne Moore. Available August 23.

Ratchet & Clank
“Ratchet & Clank” won’t win any awards, but young kids should enjoy this animated film about some wacky space aliens out to save the galaxy. The action works well and the gags (which are hit and miss) come fast and furious. Available August 23.

Scream
Emma and Audrey have been framed for murder. In the season two finale, they must make a daring move in order to prove their innocence – and expose the real killer. Season finale airs Tuesday, August 16, on MTV.

My Last Days
Three-part documentary series about six real people facing terminal illness. Justin Baldoni, who stars in “Jane The Virgin,” created the show and serves as host. Expect lots of tears. The first part of the series begins on Wednesday, August 17, on The CW.

MTV Video Music Awards
See who’s going to take home the Moorman statue! This year, Beyoncé leads everyone with 11 nominations, followed by Adele with eight. Rihanna will receive the Michael Jackson Video Vanguard Award – and perform. Catch all the fun on Sunday, August 28, on MTV.

The Get Down
Baz Luhrmann’s ambitious musical drama chronicles the rise (and sometimes the fall) of disco, rap and hip-hop in New York City in the 1970s. The first six episodes are available on Netflix. Six more will be released at a later dates. 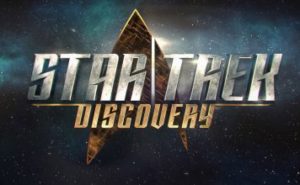 “Star Trek: Discovery,” the new series set to debut for CBS All Access in 2017, will have a female lead. The show will be set 10 years before the Jim Kirk-era.

Disney’s new animated series featuring its first Latina princess, “Elena of Avalor,” has been such a hit the show has already been renewed for a second season.

“Criminal Minds” star Thomas Gibson has been let go by the show following an altercation on the set. “Criminal Minds” is prepping for its 12th season, and Gibson was an original cast member.

Nina Dobrev is reportedly in negotiations to return to “The Vampire Diaries” for a limited number episodes for its final season. Dobrev was the show’s original star.

Jay Pharaoh and Taran Killam will not return this season to “Saturday Night Live.” Both have left to pursue other opportunities. Pharaoh was famous for his Barack Obama impersonation.

Some renewals include Showtime’s “Ray Donovan” (season five), USA’s “Suits” (season seven) and “Big Brother” – the latter for seasons 19 and 20.