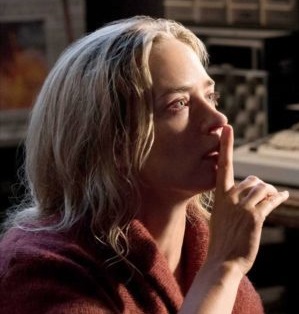 A Quiet Place, Rampage, and Isle of Dogs coming to TDS TV on Demand

If you love thrills and chills TDS TV on Demand has one of the best monster movies from the past few years—the nerve wracking “A Quiet Place.” However, if you’re looking for something on the fun and goofy side, there’s Dwayne Johnson’s latest action flick, “Rampage,” as well as the goofy “Super Troopers 2.” Finally, for the kids—and adults—there’s the clever and artistic “Isle of Dogs.”

Frightening thriller/monster movie set in a post-apocalyptic world where aliens with hyper-sensitive hearing hunt humans by sound. “A Quiet Place” is about a family that hides out in the woods in an attempt to avoid detection from the deadly creatures. It is a disturbing and unnerving film, yet also incredibly smart and crowd-pleasing. The film’s cast, including Emily Blunt and John Krasinski (who also directed), is excellent.

Riveting historical drama about the infamous 1969 death of Mary Jo Kopechne, who drowned after Senator Ted Kennedy drove off a bridge on Chappaquiddick Island. The film offers up a tragedy on many levels, but really shines highlighting the subsequent coverup and spin. The cast is exceptional, in particular Australian Jason Clarke who plays Ted Kennedy.

The cult comedy gets a sequel. For the uninitiated, “Super Troopers” was a low budget 2001 comedy about a group of blundering Vermont state troopers, and has grown in popularity over the years. For the sequel, the gang is back after 17 years, and things are as absurd and silly and sophomoric and full of laugh-out-loud moments as the original. “Super Troopers 2” will not win any awards, but if you like this sort of broad comedy, you’ll want to check it out.

Director Wes Anderson has created a charming and offbeat animated film about a boy who must rescue his beloved pet from a vast garbage dump called Trash Island. Visually, the film is stunning, but it is outdone by the witty and clever script. The outstanding voice cast includes Bryan Cranston, Koyu Rankin, Edward Norton, Bill Murray, Jeff Goldblum, Francis McDormand, Scarlett Johansson and many others.

Dwayne Johnson (AKA the Rock) plays a primatologist who shares a bond with an albino gorilla named George. However, George—and other animals—grow to an enormous size due to a genetic experiment, and threaten to destroy the world. “Rampage,” which is loosely based on the video game of the same name, is the latest disaster epic from Johnson. The story is a bit thin, but you have Johnson and lots of CGI monsters to fill up the screen—which is all pretty fun.