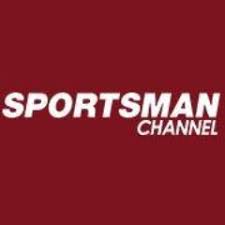 If you love hunting, fishing, and outdoor adventure, you’re in luck. During the entire month of September, TDS TV customers can enjoy a free preview of the Sportsman Channel. With nearly 200 shows to choose from, the Sportsman Channel embraces “Red, Wild & Blue America” – where the American Spirit and Great Outdoors are celebrated in equal measure. Sportsman Channel reaches more than 36 million U.S. television households.

Here are some Sportsman Channel shows:

Avian-X TV
Avian-X TV is the Sportsman Channel’s go-to show for all things waterfowl and turkey hunting. Co-host Matt Morrett travels across the United States and Canada to bring viewers the best bird hunts, calling tactics, and strategies to help hunters improve their skills in the woods and on the water.

MeatEater
Steven Rinella will deconstruct and master any hunting technique; track and pursue prey; and procure his own food, which he will turn into a mouth-watering fireside meal. Far from trophy or sport hunting, Rinella stays true to our ancestral tradition of sustenance hunting. Nothing he harvests goes to waste.

Bill Dance Outdoors
Bill Dance Outdoors, hosted by noted fisherman Bill Dance, is the most popular fishing show in the United States. The show focuses on different aspects of recreational fishing techniques, like how to fish and what bait to use.

If you decide you would like to add the Sportsman Channel to the Sports Tier with your TDS TV subscription, be sure to call 1-866-44-TDS TV or visit our website, so you can keep watching your favorite hunting and fishing shows.

You can watch the Sportsman Channel on TDS TV on Channel 644.

The free preview is not available in Socorro, New Mexico, Cortez, Colorado, and Merrimac, Wisconsin