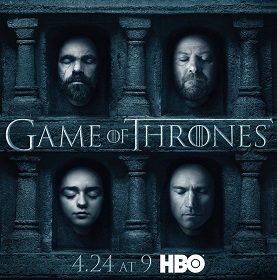 Starting Friday, April 22, TDS TV customers will have access to HBO and its vast array of content. The highlight of the three-day preview is the season premieres of Game of Thrones, Silicon Valley and Veep  on Sunday night.

To determine what channel HBO is on in your area, find your community’s channel lineup here.

And for you Game of Thrones fans, stay tuned to this blog … we have more fun stuff coming to get you ready for the Season 6 premiere.