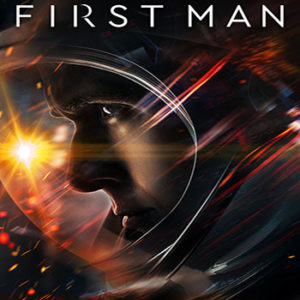 From hard-hitting dramas to kid-friendly thrill rides, this month’s TDS TV movies on demand are by no means lacking. Let’s take a look at the best movies coming to you this January.

Let’s kick things off with a unique one.

Seven strangers meet at the El Royale hotel, an old establishment in Lake Tahoe with a dark history. The story’s events takes place over the course of one night in 1969, and everyone’s secret gets revealed. With an all-star cast that includes Jeff Bridges, Dakota Johnson, John Hamm, and Chris Hemsworth, the movie delivers, earning a 74% Certified Fresh rating on Rotten Tomatoes, with a 75% Audience score.

Ready for some scares?

Michael Meyers returns to the screen after an eleven year hiatus to haunt Laurie Strode, played by Jamie Lee Curtis, once more. This blockbuster success was even well-received by critics, with a 79% Certified Fresh rating on Rotten Tomatoes. While we may be far-removed from the spooky holiday, it’s always exhilarating to give yourself a good scare.

If you’re still looking to get your scary movie fix but have a family, this is an excellent option. Based on the classic books by R.L. Stine, Goosebumps is back, delivering just enough fright without too much bite. Two friends named Sonny and Sam find a magical book that brings a dummy back to life, only the dummy has other plans. You’ll have to watch to find out the rest!

The crowd-favorite hero is back.

Do you have a kid that desperately wanted to see Deadpool, but you couldn’t in good conscience let them see it? This might be your answer. The film’s PG-13 rating makes watching the “Merc with a Mouth” a bit more family friendly. Keep your excitement in check if you’re a die-hard fan, because it’s not necessarily all brand new. The premise includes Deadpool kidnapping Fred Savage (the kid from Princess Bride) to re-hash Deadpool 2 in storybook fashion while cleaning it up for the family.

And now for the drama!

Ryan Gosling and Director Damien Chazelle already got it right once with La La Land, which is probably why they decided to team-up for an endeavor that involved much less Jazz and much more outer space.  The story of Neil Armstrong earned 100 million at the box office, and critics gave it high praise with an 88% Certified Fresh rating on Rotten Tomatoes. Take one small step to grab your remote and one giant leap to your couch to witness one of mankind’s most daring achievements.

Boy Erased is yet another stellar, hard-hitting drama about a 19-year-old boy’s relationship with his parents after coming out. While the movie features heavyweights in Nicole Kidman and Russell Crowe, it was actually Lucas Hedges who got the Golden Globe nomination for Best Actor. With an 80% Fresh rating on Rotten Tomatoes, the film was received with high praise by critics and audience alike.

Rounding out the drama category (and this list of movies worth watching) is a compelling drama, starring Glenn Close and Jonathan Pryce. After forty years of marriage, Joan (Close) begins to question her choices in life as she and her husband head to Sweden, where Joe (Pryce) is going to be receiving the Nobel Prize for Literature. Close won a Golden Globe for actress in a Drama Motion Picture for her performance.