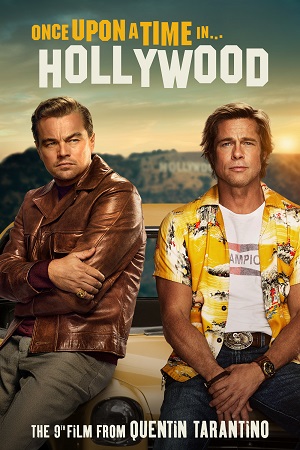 The gift of great movies on TDS TV On Demand

The gifts of TDS TV on Demand keep giving all month long with eagerly awaited movies arriving straight to your living room. From period flicks and heartwarming family films, to star-filled mega hits and horror sequels, there’s something for everyone to enjoy. Cozy up and get watching!

Described as fun, exciting, and bold, the plot twists and turns to create a strong and compelling film—arguably, one of Tarantino’s best. Set in 1969, the movie stars Leonardo DiCaprio as Rick Dalton, and Brad Pitt as his stunt double, Cliff Booth, as they navigate the changing film industry (with Sharon Tate living right next door).

Horror sequels aren’t always very good, but It Chapter Two is the exception. The Losers Club, now adults, are called back to the town of Derry 27 years later after a new string of murders. They reunite and have to bond anew to battle Pennywise once and for all. Reviewers and audiences alike praise the sequel for carrying the emotional trauma and horror experienced as a child into adulthood. The movie stars James McAvoy, Jessica Chastain, Bill Hader, and Isaiah Mustafa.

Jennifer Lopez leads an all-star cast of women in this well-reviewed true-crime film. What makes this story unique is the setting: strip clubs. The women, strippers, begin drugging stock traders and CEOs who visit their club and then max out their credit cards. Based on a real life story, this movie has depth and intelligence in its nuanced depictions of women earning it a big 88% reviewer score on Rotten Tomatoes (and audiences loved it too).

The perfect movie for holiday viewing! In this charming and sweet movie, a teenager discovers a young Yeti on the roof of her apartment building in Shanghai. She and her friends embark on a quest to return him to his family (located on the highest point on Earth). Grab the kids in your life and enjoy this one together!

Fans of this period drama will cheer at watching the Crawley family in this new big screen installment.  The entire cast is back, this time preparing for their most important visitor ever—the queen. The visit unleashes scandal, romance, and intrigue that will have you clutching at your pearls (in a good way). Gasp and clap politely at this delicious, extravagant, and well-reviewed return of this super-popular franchise.

Brad Pitt leads an all-star cast in this sci-fi suspense flick. Pitt plays Roy McBride, the son of a famous astronaut who was believed to have been killed on a mission. Now, Roy heads to space to figure out why the Earth is being hit with massive power surges. His search may also uncover the truth about what happened to his father. Note: Pitt’s performance was lauded by critics as one of the best of his career!

Lead by a strong performance by Renee Zellweger, this film follows the famous Judy Garland during the sunset of her career 30 years after The Wizard of Oz. You get a window on her life as she performs a five-week sold-out show in London’s The Talk of the Town. Critics love it, audiences loved it, and odds are, you’ll love it too.