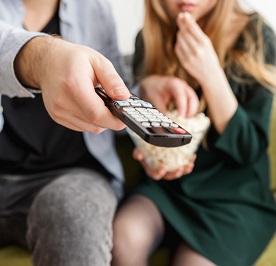 Starting on March 22nd, the west coast channel feeds for HBO, CineMAX, Showtime, The Movie Channel, Starz, and FLIX will no longer appear on your TDS TV lineup. You will not lose any programming as a result of this change.

West coast feeds are designed to give folks on the Pacific side of the country the right content at the right time of day. That means west coast channel feeds deliver the same exact shows and movies as their main channel counterpart—but three hours later. For example, what is shown on HBO West (channel 804) at is identical to HBO (802), only with a three hour time delay.

Because we don’t have any TDS TV customers on the west coast and the content is duplicate, the following channels are being removed from the TDS TV lineup:

Be sure to update any scheduled recordings before March 22nd to the non-west coast feeds so you won’t miss any of your favorites.