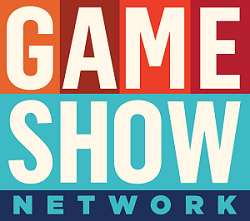 Ready to play along? Starting Friday, November 9, the Game Show Network (GSN) will be included in the TDS TV Expanded Package channel lineup!

This is great news for thousands of you who have wanted this super-popular network. Previously GSN was only part of the Expanded Plus package, but now it’s available on channel 134 in SD and 1134 in HD to subscribers with either the Expanded Plus or Expanded programming packages.

The vast majority of the programming on GSN is dedicated to, no surprise, game shows. The network includes new, first-run original, and revived game shows including America Says with host John Michael Higgens (you might recognize him from the Pitch Perfect movies), Deal or No Deal with Howie Mandel, Cash Cab with Ben Bailey, and Wheel of Fortune with Pat Sajak and Vanna White. You can also watch reruns of classic game shows such as Card Sharks with Bob Eubank, Match Game with Gene Rayburn, and The $25,000 Pyramid with Dick Clark.

Added bonus: download the Game Show Network app available for free on iTunes and Google Play and you can stream the latest GSN originals plus classic episodes anytime, anywhere. There’s even a Roku GSN Now app, if that’s your preference.

We hope you enjoy this new addition to the TDS TV Expanded lineup. Want something else to come your TV? Submit a channel request using this form.