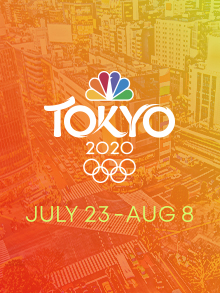 COVID-19 suspended graduations, weddings, and birthday parties, and our beloved Olympic Games were not immune. But after a year of waiting, that time of the summer has finally arrived. The best athletes from around the globe are gathering in Tokyo, Japan, July 23 to Aug. 8, to claim the coveted gold, silver, and bronze medals. With the opening ceremony happening on July 23, here is everything you need to know about the 2020 Tokyo Olympic Games.

With COVID-19 positive cases increasing globally, the International Olympic Committee and Tokyo 2020 Organizing Committee announced in a joint statement March 24, 2020, they would be postponing the games for a year. However, because so much time and resources had already been put into marketing and branding efforts, this year’s Olympics will remain as the “2020 Games.”

What happened to the Olympic torch?

In March 2020, the torch relay began. As is tradition, the torch was lit in Olympia, Greece, and then traveled to Japan to continue the rest of the relay. Since the postponement, the Olympic flame has been displayed in Fukushima to “stand as a beacon of hope to the world during these troubled times,” as the joint statement said. On March 25, 2021, the relay resumed, but it has faced several route changes since that time.

The Tokyo Olympics will feature 33 sports, including four that have never been played at the Olympic level.

Surfing – Forty of the world’s best wave riders will come together and battle it out on the Pacific coast of Japan. Each surfer will have 30 minutes to catch as many waves as they can and will be scored on difficulty, innovation, variety, combination, and technical elements that only skilled surfers demonstrate.

Skateboarding – Making its first appearance in the Olympics, skateboarding will be divided into two categories: street and park. Street skateboarders are challenged by obstacles like stairs, handrails, and curbs. Park skateboarding features slopes and curves.

Karate – Karate originated in the Japanese city of Okinawa, so it’s only fitting it makes its Olympic debut in Tokyo. The 80 male and female athletes will compete in the same venue where the Beatles performed in 1966.

Sport climbing – Those with the best grip strength will take home gold medals in this new Olympic sport. Athletes compete in three different disciplines: bouldering, speed, and lead. In the bouldering event, climbers scale fixed routes. In speed, athletes race up a 15-meter wall. In lead, they climb as high as they can within a set time limit.

Baseball and softball will also be returning to the Olympic stage after being included in the 2008 Beijing Games and then cut for the 2012 and 2016 Games. In addition, the 2020 Games will feature 15 new events, many of which are intended to increase the participation of female athletes. These new disciplines include three-on-three basketball and BMX freestyle, as well as a variety of mixed-gender team events in sports like swimming, running, archery, and tennis.

The opening ceremony, which will focus on the themes of peace, coexistence, reconstruction, and future, is set to kick off the Olympics Friday, July 23, but a few team games begin July 21. To make sure you don’t miss any of your favorite events, check out the full event schedule.

This year, NBCUniversal is setting a record by providing over 7,000 hours of Olympics coverage across their networks, cable channels, and digital platforms through Sunday, Aug. 8.

For digital viewing, download the NBC Sports App or watch on NBCOlympics.com. For TV, you can watch events on these channels:

Check the NBCUniversal streaming and broadcast schedule for a channel-by-channel guide.

Which events or athletes are you excited to watch in the 2020 Olympic Games? Comment below for a chance to win some Olympic swag!