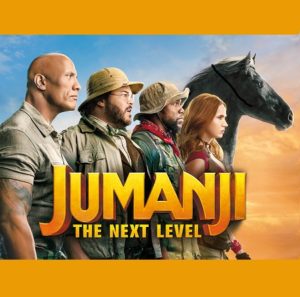 Next level movies arrive On Demand

Oscar winners, blockbusters, dramas, family movies—it’s all coming right to your living room with TDS TV On Demand in March. So, don’t worry about those spring showers (or snowstorms, as the case may be). Stay inside, curl up on the couch, and watch (or re-watch) these great options:

This one may be one of those great movies (92% Audience Score on Rotten Tomatoes and 82% Critic Score!) that didn’t end up on your radar. Described and stylish, provocative, and powerful, Queen & Slim is a modern fugitive story. Don’t think Bonnie and Clyde—its modern ripped-from-the-headlines-style thriller that follows what happens to a couple after a routine traffic stop escalates.

This film focuses on Megyn Kelly and Gretchen Carlson and their allegations against Fox News CEO Roger Ailes. As you may remember, when the reports hit the it was HUGE. The efforts of the all-star cast were met with positive reviews and both Charlize Theron and Margot Robbie were nominated for Oscars for their portrayals. It’s a riveting and entertaining watch.

Will Smith voices suave super-spy Lance Sterling, who is partnered with scientist Walter Becket, played by Tom Holland (of Spiderman fame). The mission requires Lance to transform into the most unlikely and ubiquitous of animals: a pigeon. Together they save the world in this cute, bright, and funny movie perfect for the whole family.

Set three years after their first Jumanji adventure, the group gets together for a reunion at Spencer’s house. The group—plus Spencer’s grandfather, Eddie (Danny DeVito), and Eddie’s friend Milo (Danny Glover)—get sucked back into the game Spencer had held onto. Despite returning, nothing is quite as they expect (but you can expect to have a great time watching!).

Oscar winner alert! This movie won three Oscar awards (out of the 10 nominations it received). This hard-hitting, immersive movie follows two young British soldiers who are sent on a seemingly impossible mission. It was filmed to appear like one continuous shot which just adds to the drama and realism.

Do we really need to say much more? This is the conclusion of the Skywalker Saga and, if you’re a fan of the Star Wars universe, you’ll want to watch (or re-watch, as the case may be). Light sabers, the force, Jedi, Sith, epic battles—this J.J. Abrams-directed movie has it all!