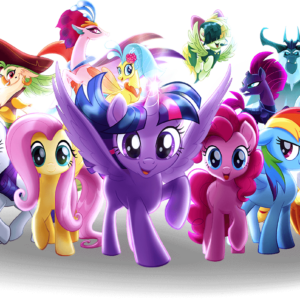 My Little Pony, IT and Blade Runner 2049 come to TDS TV on Demand

The new year brings new films to TDS TV on Demand. First up, for the kids there’s the girl-powered “My Little Pony: The Movie.” And, once the little ones are in bed,  the adults have a nice variety to choose from. Horror film fans will want turn down the lights and get ready for the terrifying big-screen adaptation of Stephen King’s classic “IT,” while science fiction aficionados will revel in the spectacle that is “Blade Runner 2049.” Or, if you’re in the mood for an old-school courtroom thriller, there’s the engaging “Marshall.”

“My Little Pony: The Movie” is packed with silliness, clean humor and oodles and oodles of sassy girl power. The film—which is about a dark force that threatens Equestria—will thrill the young kids that love pony power, but others should beware. The all-star voice cast includes Emily Blunt, Kristin Chenoweth, Liev Schreiber, Michael Peña, Sia, Taye Diggs, Uzo Aduba and Zoe Saldana.

Based on the classic Stephen King novel, “IT” is one of the scariest movies of the past few years. The story surrounds a group of bullied kids who come together to fight an ancient evil that threatens their town. While a horror film, “IT” really shines as a coming-of-age tale (mixed in with creepy clowns and gruesome killings). Be warned: don’t watch “IT” alone.

The true story of a young, idealistic Thurgood Marshall, the first African-American Supreme Court Justice, as he battles to free a man unjustly accused of a crime. The film is an entertaining old-fashioned courtroom drama mixed with issues such as discrimination and misogyny. Chadwick Boseman as Marshall and Josh Gad as his partner are outstanding as two young men who risk their careers—and lives—to find justice.

“Blade Runner 2049” is a thoughtful and stunning return to a world created 35 years ago. The story picks up as a replicant hunter (aka a ‘Blade Runner’) uncovers a secret that could start a war between humans and replicants (the latter being bio-engineered humans). “Blade Runner 2049” is a rich and immersive science fiction film—much like its predecessor. The film may drag in places for some, but most people will appreciate the ambitious nature of the movie. Ryan Gosling and Harrison Ford star.

Tom Cruise stars in this tale of an American pilot who became a drug-runner for the CIA in the 1980s. Based on a true story, “American Made” packs a lot of fun and a lot of thrills. The outrageous and over-the-top nature of the story is reflected in the narrativ—not to mention Cruise’s winning performance.

American Made, Blade Runner 2049, IT, Marshall, My Little Pony: The Movie