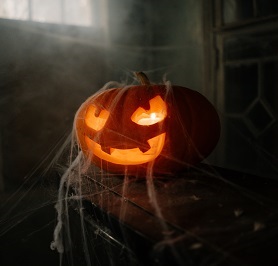 Halloween movies 2022: where to find the best thrills and chills (and for all ages)

There’s still plenty of time to scream along to some fantastic Halloween movies to get you in the spooky season mood. We’re rounding up some great options in a variety of categories—both new releases and old favorites—and for a variety of ages—and we’ve also included some series, to boot.

Muppets Haunted Mansion
Where: Disney+
When: Any time
All of your favorite Muppets plus, Will Arnett, Taraji P. Henson and more. Cute for kids but with enough smart jokes to make you chuckle, too. 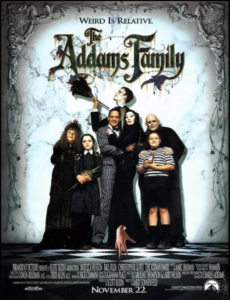 The Addams Family (1991)
Where: Paramount Network
When: October 21
Anjelica Huston, Raul Julia, Christopher Lloyd, and Christina Ricci, directed by Barry Sonnenfeld. If you haven’t seen it, you should. If you have, watch it again (and you’ll soon be calling your spouse cara mia!). 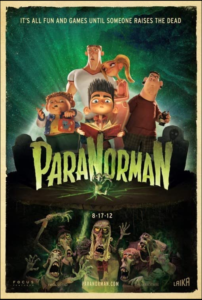 Paranorman (2012)
Where: Vudu, Google Play, iTunes, Amazon Video
When: Any time
Gorgeous stop-motion animation about a boy who can see ghosts who must save his town from a centuries-old curse.

Scaredy Cats
Where: Netflix
When: Any time
From some of the people behind movies like Air Bud comes a new series about a 12-year-old girl who inherits a necklace that allows her to transform into a cat.

Harry Potter
Where: HBO Max
What better way to celebrate Halloween with witches and wizards?

NEW: Interview with the Vampire (series)
Where: AMC
When: Now. This new show debuted October 2, but it’s also available On Demand on TDS TV+ (and if you set a OnePass you can record both new and previously aired episodes!)

Beetlejuice (1988)
Where: Freeform
When: October 19, 22, and 23
Director Tim Burton at his finest! It’s off beat and strangely charming. If you’ve never watched it, now’s a great time (and Catherine O’Hara as Delia? Irresistible!).

Miss Peregrine’s Home for Peculiar Children
Where to watch: Disney+ (anytime) or Freeform
When to Watch: October 25, 25, and 26

Edward Scissorhands
Where: Prime Video, Disney+
When: Any time
Another Tim Burton, but this time starring a young Johnny Depp as an artificial man with scissors for hands just trying to learn how to fit into a suburban world. Visually stunning, and kind of haunting. 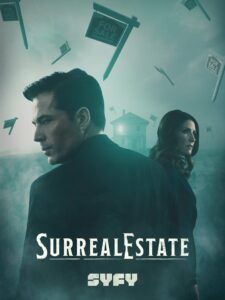 Cruella
Where: Disney+
When: Any time
Sure, this isn’t really Halloween, but it has a touch of darkness that fits the season.

SurrealEstate (series)
Where: SyFy OnDemand
Starring both Tim Rozen and Sarah Levy from Schitt’s Creek, plus a strong cast of players, make this a fun watch. They all work for a real estate firm that specializes in…unique (read: haunted) properties.

The Shining
Where: HBO Max
When: Anytime

A Quiet Place
Where: FXM
When: October 17, 23, 24, and 25
John Krasinski (of The Office) wrote, directed, and starred in this post-apocalyptic thriller. Being hunted by Aliens who can only find you if you make noise is scarier than you might expect.

Nightmare Before Christmas
Where: Disney+, Freeform, Disney
When: Stream it anytime, or catch it October 16 on Disney, and October 17 on Freeform

NEW: American Horror Story: NYC
Where: FX and Hulu
When: October 19 on FX
The super popular anthology series is now in its 11th season! 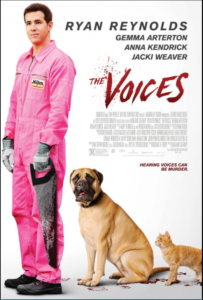 The Voices (2014)
Where: STARZ
When: Any time
This could be the best black comedy you’ve never heard of, but it gets a solid 74% on Rotten Tomatoes. It stars Ryan Reynolds as a factory worker who has to decide whether to listen to his evil pets and become a killer. Anna Kendrick also stars.

Fargo (1996)
Where: STARZ, Prime Video
When: Any time
Not only will you appreciate the perfect Minnesota accents, this dark comedy about an inept car salesman is simply a masterful film (it gets a 94% Tomatometer score!)

Warm Bodies
Where: HBO Max
When: Check your listings for Cinemax, otherwise stream it any time
This is a horror comedy romance, if you can believe it. A zombie and a human fall in love and change the world. Stars Nicholas Hoult, Teresa Palmer, and John Malkovich.

NEW: Chucky, Season 2 (series)
Where: USA and SYFY
When: Now. The new season debuted October 5, but it’s also available On Demand on TDS TV+ (and if you set a OnePass you can record both new and previously aired episodes!)

IT: Chapter Two
Where to watch: HBO Max
When to watch: Anytime

My Heart Can’t Beat Unless You Tell It To
Where: PLEX, Pluto, Tubi, Prime Video, Shudder, Peacock
When: Any time
RottenTomatoes.com has picked this one as it’s No. 1 scary movie from 2021. In it, “two mysterious siblings find themselves at odds over care for their frail and sickly younger brother.”

NEW: The Midnight Club (series)
Where: Netflix
When: Anytime

Saint Maud
Where to watch: Prime Video, Paramount+
When: Any time
This appears on at least one “best of 2021 horror” lists as the top pick for the year. The official description says: Maud, a newly devout hospice nurse, becomes obsessed with saving her dying patient’s soul—but sinister forces, and her own sinful past, threaten to put an end to her holy calling. 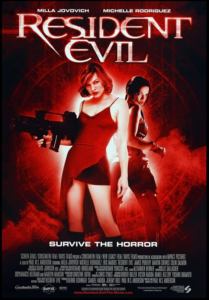 Halloween (all of them)
Where: AMC
When: October 14, 19 and 30
AMC is showing ALL of the Halloween movies—from the original that made Jaime Lee Curtis the scream queen, all the way through to all of the new installments. Here’s a new movie in theaters, but there loads of scary reasons to watch the originals that started it all.

Final Destination
Where: AMC
When: October 23, 28

Psycho
Where: Peacock
When: Anytime
Last year we asked TDS associates to vote for their favorite horror movie and Psycho won! Definitely worth a watch.