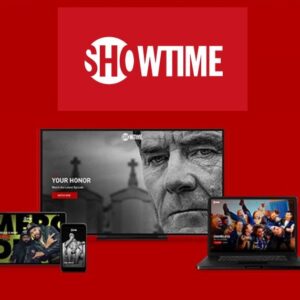 Half off SHOWTIME offer ends Dec. 31

Time is running out on this great sale! New customers to SHOWTIME® can purchase the premium channel for 50% off its regular rate of $10.99 a month for six months—but this great sale ends on December 31

Want to watch the shows everyone is talking about? Call 1-888-225-5837 today to upgrade to SHOWTIME® at a special low rate and start watching acclaimed series, blockbuster hit movies and more! Limited time offer.

When you sign up, you’ll have an all-access pass to Your Honor, the brand new show staring Bryan Cranston. He plays a judge forced to confront his deepest convictions when his son is involved in a hit and run (which currently has an 84% audience score on Rotten Tomatoes!).

Only on Showtime can you watch 2020 Best Actor nominee Don Cheadle in Black Monday. Set in 1987, the year leading up to Black Monday, the series follows the employees of a second-tier Wall Street trading firm called the Jammer Group. It’s the story of how a group of outsiders took on the blue-blood, old-boys club of Wall Street and ended up crashing the world’s largest financial system and the glass ceiling. Black Monday is a dark comedy television series.

And let’s not forget all of the movies! Dark Waters, 1917, Hereditary, The Gentleman, Five Feet Apart, Second Act, The Upside, and Hustlers to name only a very few options. Don’t miss the documentaries, either. Check out Couples Therapy, Belushi, Amy, Kobe Bryant’s Muse for starters.

Seriously, there’s so much to enjoy right from your guide on SHOWTIME®! Give us a call today at 1-888-225-5837 to upgrade before this offer expires!