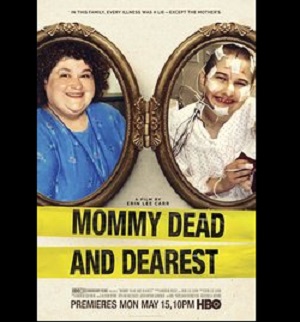 A unique true-crime murder story premieres on HBO May 15

Viewers in search of a very strange, true-crime story should definitely check out the documentary Mommy Dead and Dearest, which premieres on HBO on Monday, May 15.

The film details the story of Dee Dee Blanchard and her wheelchair-bound daughter, Gypsy Rose, who were once beloved residents of Springfield, Mo. That tight-knit community was rocked when Dee Dee was found murdered in her home in June 2015, with Gypsy Rose missing. Investigators found Gypsy Rose in Wisconsin after they tracked a graphic Facebook status post stating “that Bitch is Dead.” An unimaginable sequence of events ensues in which Gypsy Rose was implicated in her mother’s murder—and it was discovered that Gypsy Rose had been the victim of her mother’s abuse via Munchausen by proxy syndrome since early childhood.

Dee Dee had taken Gypsy Rose to hundreds of doctor’s appointments and had her treated for a variety of diseases, including leukemia, epilepsy and waist-down paralysis. At the time of Dee Dee’s murder, Gypsy Rose was 19 years old and wheelchair bound. It was later discovered Gypsy Rose could walk and everything about her health was pure fiction.

Nicholas Godejohn, a young man with Asperger syndrome who confessed to committing the murder at Gypsy Rose’s behest, is portrayed as the prince who rescued Gypsy Rose from her house of torture.

Mommy Dead and Dearest was well-received at its world premiere at South by Southwest Film Festival. Reviewers credit the filmmakers for presenting the story with care and for bringing this troubling story to life for the public, so more can understand Munchausen by proxy syndrome.

Most disturbing, said one reviewer, is how “every institution that was supposed to help her – medical, educational, social workers, the criminal justice system – failed and allowed the conditions that produced this bizarre and disturbing situation to continue.”

The film includes candid interviews with Gypsy Rose from prison, her father and stepmother, medical personnel, Gypsy Rose’s lawyer, a journalist who covered the story, and an expert on Munchausen by proxy syndrome.

Gypsy Rose pleaded guilty to second-degree murder of her mother. She was sentenced to 10 years in prison and will be 32 upon release. Nicholas Godejohn is still awaiting trial.