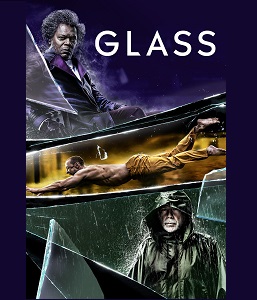 A Mule, Bumblebee, and Glass arrive on TDS TV On Demand

This month catch a variety of great movies that feature interesting characters. First there’s Clint Eastwood’s The Mule, followed by Haliee Steinfeld in Bumblebee, and Bruce Willis and Samuel Jackson in Glass. But that’s not all of the options arriving in your living room this month. Check out just a few of the movies you should watch for:

Based on a true story, Clint Eastwood directs and stars in this well-received film. Eastwood is the broke, down-on-his-luck, Earl Stone who is offered a job that only requires him to drive. The pay is great and he keeps making deliveries—even though he comes to realize he’s working as a drug courier for a Mexican cartel. Reviewers called it highly watchable because of the Eastwood’s interesting character and the strong storytelling. The movie also stars Bradley Cooper, Laurence Fishburne , and Michael Peña. It’s

Bumblebee
Starts April 2
Rated PG-13
Paramount Pictures
Not your usual Transformer’s movie, this non-Michael Bay effort brings real heart back to the franchise—earning a huge 93% score on Rotten Tomatoes. The movie is set in 1987, where teenager Charlie Watson (Hailee Steinfeld) finds a yellow Volkswagen Beetle which is given to her on her 18th birthday. As she attempts to fix up the car, she discovers her car is really Transformer B-127 who she nicknames Bumblebee. Really, it’s a coming-of-age story set in the Transformers universe which makes for a fun, family appropriate, solid movie.

All you need is two names to know what this movie is like: Will Ferrell and John C. Reilly. You first saw these two together in Talladega Nights, and then in Step Brothers, but this time they’re the world-famous detective and sidekick. It’s not original, but it is just what you expect: silly and dumb-funny.

Based on the book of the same name, this is a perfect family film. It’s the tail tale of Bella, a rescued pup whose loving family relocates her temporarily to try and keep her safe. She misses her people though and travels more than 400 miles—a two year journey—to return home. If you’re old enough to remember Homeword Bound, you get the idea. It’s sweet, heartwarming, with a little adventure to boot as Bella touches lives as she travels.

On the Basis of Sex
Starts April 9
Rated PG-13
Universal Pictures
Felicity Jones stars as Ruth Bader Ginsburg, and Armie Hammer plays her husband in this inspirational biopic film. The story follows Ginsburg’s efforts, in the early days of her career, to bring a groundbreaking gender discrimination case before the U.S. Court of Appeals. By taking on the case of a man being treated unfairly by tax law, she began the process of undoing more than a century of discrimination against women—and starts charting her course towards the Supreme Court.

Glass
Starts April 16
Rated PG-13
Universal
When director M. Night Shymalan brought Unbreakable to theaters in 2000, no one knew it was the start of a larger story. It wasn’t until 2017’s Split that, much to everyone’s surprise, we discovered it’s set in the same Unbreakable universe. Now the trilogy comes to its conclusion with Glass. Admittedly, reviewers didn’t love it—but audiences certainly have! It’s a totally differen—and interesting—spin on super heroes (and villains) than you’ll get at a Marvel movie.

Dragon Ball Super Broly
Starts April 16, rated PG. Don’t scoff! This movie has an 83% critics score and a whopping 93% audience score on Rotten Tomatoes. If your kids are fan of this universe, this one’s worth watching.

The Kid Who Would Be King
Starts April 16, rated PG. This didn’t hit huge in the theater, but it’s gotten solid praise all the way around. It’s the Excalibur legend retold in modern times. It’s fun, likeable, and charming.

Escape Room
Starts April 23, rated PG-13. This thriller’s story centers on six strangers who must use their wits and find clues…or die. Nothing amazing here, but if you’re a fan of suspense, it might be worth checking out.