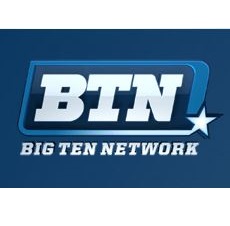 Great news! Big 10 Network is coming to every corner of TDS TV® land.

If Big 10 Network is already part of your channel lineup (we’re looking at you Wisconsin, Indiana, and Minnesota customers), nothing is changing. BUT, if you live in New Hampshire, Tennessee and Georgia, now you can get Big 10 Network too!

We’re adding it to the Expanded Plus package and the Sports Tier in these three non-Big-10 states. This means all of you Big 10 alums and sports fans can follow your favorite team—even if you live far from a Big 10 school.

With that good news, let’s focus on everything you’ll enjoy with this new addition.

First, of course, there’s football—and there’s plenty to be had. In fact, before the games begin, you’ll get all the 2017 fall camp coverage you want. Once games do start, you can watch them in full or catch them later on the “Big Ten in 60,” which shows the games in an hour instead of three (leaving you more time to watch other BTN programs! :-). But beyond the gridiron, there are lots of other shows and sports to think about.

There’s “Big Ten Elite” and “The Journey.” One gives you the complete story about great football and basketball squads in the history of the conference and the other gives you a behind-the-scenes look at the teams.

There’s “Campus Eats” that highlights unique restaurants (with a few attractions thrown in for fun) found in different Big 10 communities (which, we’ll remind you, is actually 14 different cities since there are seven teams in the East Division and seven in the West).

There’s shows about wrestling, basketball, and female athletes. And do you know how many sports BTN covers? Beyond those already mentioned there’s 16 more:

AND, with BTN (if it’s part of your programming package, that is) you also get access to BTN2GO—the network’s TV Everywhere content. So not only do you get all your favorite sports at home, you have them no matter where you are.

If BTN isn’t part of your current programming package and you live in Georgia, New Hampshire, or Tennessee, consider upgrading to Expanded Plus or adding the Sports Tier. Kickoffs start soon, so now’s the perfect time to line up to enjoy the action. Give us a call at 1-855-216-0339 to get started.