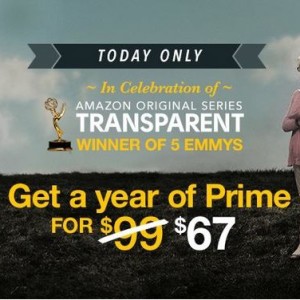 Amazon Prime on sale for $67 today only!
Because Amazon’s TV show “Transparent” won big at the Emmys, the retailer is celebrating by offering Prime memberships for only $67—but only today. The offer is for new members, but existing members might still be able to score the lower price using Kinja Deals’ trick: “Just head over here to purchase a gift subscription for the promotional price, and then email it to yourself. Note that you’ll have to cancel auto-renew on your existing Prime membership, and wait to redeem the gift email until after your existing membership expires, but that’s a small inconvenience for a $33 savings.” 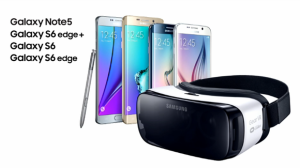 Samsung’s $99 virtual reality gear hitting stores in November
Gear VR, is what it’s called, and it’ll be compatible with “all of Samsung’s flagship 2015 phones.”  And, in good news, it’ll cost half of what the not-quite-ready-for-primetime Gear VR Innovator’s Edition cost. It’ll arrive in stores just in time for Black Friday (get your elbows ready! 😉 ). Even better, now there’s content. Samsung is “bringing Netflix and Twitch streaming to the device,” according to PC World.

Microsoft Office 2016 reviews are coming in
The famous office suite for Windows was released on Tuesday and the reviews are pouring in. The Verge has a good one (and the shortest of the bunch I link to here), and ARS Technica and Computer World have very extensive and detailed ones. The short version: everyone knows it, you’ll probably like it because it has some good tweaks—especially, and most notably, the collaboration features.

Kickstarter of the week: Trinity Portable Wind Turbine Power Station
How about an almost-pocket-sized wind turbine you can take with you to charge your devices? That’s the vision of Janulus who is Kickstarting four different portable wind turbines. You can get a small one to charge your phone on the go, or even get a big one (but still small enough to fit in the trunk of your car and it weighs only 42 pounds!) to power your small house. They’ve already met goal and there’s 32 days left to go! Maybe it’s just me, but I think this is awesome:

Print book sales okay, but e-books’ are falling
The New York Times reported this week that while e-book sales soared 1,260 percent between 2008 and 2010, that trend has not continued of late. In the last five months, e-book sales have dropped about 10 percent and last year they accounted for only 20 percent of the book market…the same as it’s been for a few years. It seems people are becoming “hybrid” readers and the demise of the print book has been greatly over-estimated. 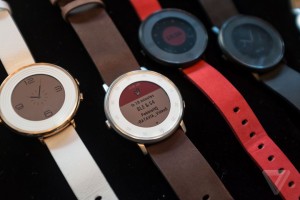 Pebble announces Pebble Time Round smartwatch
Given that most people prefer a round watch (Citizen says so!), the smartwatch market has been forcing people into purchasing a design they don’t generally want….until now. Pebble announced it’s very thin, all-metal, ROUND smartwatch this week. It’s only 7.5mm thick, which is very slender by smartwatch standards (heck, even by analog watch standards!). It’ll set you back only $249 and you can preorder it on the Pebble website, and The Verge (where the image is from) says you can also do so at Best Buy, Target and Amazon or get it in stores November 8.

Science discovery of the week: snow dinos!
Dinosaur bones have been found IN ALASKA. Yes, I said Alaska. Even at the time of the dinos, that state wasn’t exactly the most toasty. The average temp was only around 43 degrees and in the winter it probably snowed…and there were likely months of almost complete darkness. But yet, despite all of those challenges, dinosaurs lived there—even plant-eating ones–which is rocking the paleontology world. Scientists are now rethinking everything they thought they knew about these prehistoric creatures. If you want to read the paper that unveiled this discovery, you can find it here.