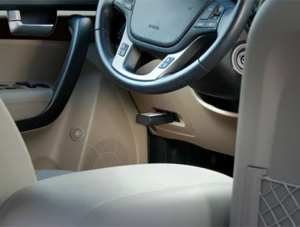 New gadget gives you Wi-Fi in your older car
If you’ve been jealous of ads for new cars that offer Wi-Fi, but you don’t have funds or the true desire to buy a new one, AT&T has just the fix—ZTE Mobley. It’s their new Wi-Fi device that plugs into your OBD II diagnostics port (if your car is older than a 1996 model, you may want to check to make sure it has one) and runs off the car battery so doesn’t need charging. Once it’s plugged in, you can connect up to five devices. Now let’s just hope that port isn’t in a totally horrible spot in your car :-).

Amazon to release $50 tablet
The Wall Street Journal is reporting Amazon plans to release a $50 tablet with a 6-inch screen, just in time for the holidays (although no date has yet been discussed). Sources say it’ll be cheap for a reason—it’s not a top-of-the-line piece of hardware—but if you just want to stream some video or do a little shopping it could be just the ticket (at half the price of the cheapest Amazon Fire tablet). 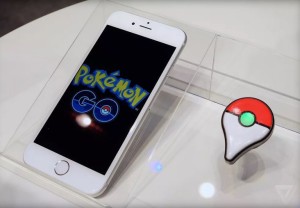 New augmented reality Pokemon game announced for 2016
Even if you’re not into Pokemon you should still read about their latest offering coming in 2016. There’s not a ton of detail yet, but it’s clear it’s way more than just a regular iPhone game. The new Pokemon Go can be played with Pokemon Go Plus, a Bluetooth-enabled wearable that interacts with the game and the GPS on your phone even if you’re not actively playing. As you move through your day the Plus will buzz and light up to alert you there’s a Pokemon in the area so you can catch it in the real world. Apparently you don’t HAVE to use the Go Plus to play the game, but it makes it that much more interactive. No details yet on the exact release date.

Food tech: make soup in your Keurig
No, really. Keurig is partnering with Campbells to offer “Fresh-Brewed Soup” (does that name bother anyone else?). You empty a noodle packet into your cup, pop the Campbell’s K-Cup into the coffee machine, and viola! You have soup after waiting 2-3 minutes for the noodles to soften. Will your coffee then taste like Campbell’s chicken noodle? Yeah, it could. Keurig recommends you run the “hot water brew cycle” without a K-Cup to clean the machine before you start making coffee again. Maybe it’s just me, but this whole thing seems…wrong. I think I’ll stick for Cup-A-Soup if I want that genre of food.

Microsoft Office 2016 coming September 22
Not to be overshadowed by Apple’s announcements, Microsoft has officially confirmed that Office 2016 (for Windows) will be available in a few weeks. Venture Beat says this version will have collaborative coediting features and cloud synching across multiple devices.  They’re also expecting that Office 2016 will “gradually be available to users on all platforms.” 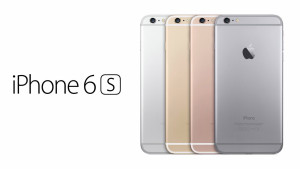 Apple’s shows off new phones, new iPads, new watches, new Apple TV (and more)
The popular tech company held their fall press event in a huge venue and revealed lots of new stuff. Apple unveiled a 12.9” iPad Pro, with optional accessories such as the Pencil stylus (the product is literally named Pencil) and keyboard case, to compete with Microsoft’s Surface; new iPhones in new colors (rose gold!); the same Apple watch but new colors (rose gold and gold!) and bands; a completely refreshed Apple TV; an iPhone replacement plan; and they announced the latest version of OS X will arrive later this month. If you want a quick overview, but a bit more detail, head to Bloomberg.

John McAfee (yes, of antivirus software fame) is running for president
He’s founding a new political party—the Cyber Party—to run. He’s no longer involved in McAfee the software, having sold the last of his shares in the company 20 years ago, but given his history in the tech world (and his criminal record), the blogs were buzzing. He sounds like an…interesting…man.

Android Pay now available
Yesterday Google announced that Android Pay (as opposed to Apple Pay or Samsung Pay) is starting to hit stores. Look for it at “over one million locations” including Best Buy, McDonalds, Macy’s, Walgreens, Subway, and Whole Foods, Toys R Us, Jewel-Osco, Petco, and many others.  You can download the app on Google Play if it’s not already preinstalled on your NFC-enabled smartphone. Note: Android Pay, unlike Apple Pay, requires “tokens” from the cloud to work so you’ll need an Internet connection, but it does offer a few to use if you don’t. 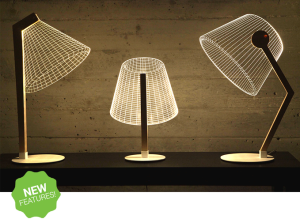 Kickstarter of the week: Bulbing 2D/3D LED optical illusion lamps
Check these out – 2D lamps that LOOK like 3D lamps. No really, that’s not an actual lamp shade. It’s really a sheet of acrylic glass engraved by a laser to make a lampshade silhouette. The original Bulbing lamp is sold at the MoMA store, but the designers wanted to kick it up a notch. Gotta hand it to them for creativity, that’s for sure. The Kickstarter for the newer versions ends in a month and they’ve already got double the money they were looking for. Last I looked there was still time get one for $71 and February 2016 delivery, if you’re interested.

3 ways to lock down your router
(and keep your smart home safe!)
Cheap Tunes Tuesday: The Wallflowers