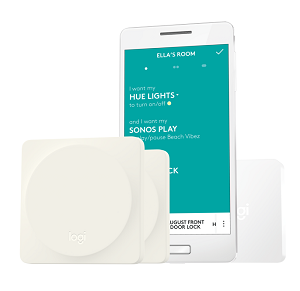 Running Logitech’s smart home only takes one button
Called the Logi Pop Home Switch, it only takes a press of a button (or two, or maybe one long press), to control your whole smart home. The button is a big one—2.5 x 2.5-inches, according to Mashable, and can connect to many different existing smart platforms such as Phillips Hue, Insteon, WeMo, Lutron and more. Available now starting at $100 for a starter set, and $40 for each additional switch.

No more headphone jacks
At least that’s the latest rumor about the upcoming iPhone 7. This week the tech pages were abuzz with that one, as well as others including a change to a flush, pressure-sensitive Home button and dual lens camera. The thought is the new device (and possibly a laptop overhaul) will be announced at Apple’s next event on September 7. For a complete list of the iPhone 7 rumors, head to this story on MacRumors. 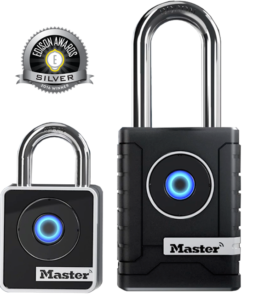 Maybe skip the Bluetooth smart lock
Reported in Tom’s Guide this week, some researchers said they were able to crack 75% of Bluetooth smart locks on the market. The problems were not with the Bluetooth itself, but rather the way it was used or weaknesses in the companion smartphone app. If you want a smart lock, perhaps take a look at the ones they couldn’t crack: Noke Padlock and Master Padlock (image is of the latter).

Walmart goes all in on e-commerce
The discount chain announced they’re spending $3.3 billion (in cash!) on the currently-unprofitable Jet.com. Why? Because Jet.com is a new and growing site with 400,000 new shoppers coming to the site every month…and Walmart’s own website hasn’t worked nearly as well at luring buyers. Jet.com was expected to make money by 2020—and now with Walmart’s money behind the name and economies of scale, it could be sooner. 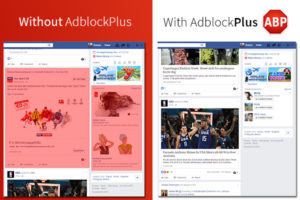 Facebook blocks ad blockers successful…for 48 hours
The social media giant said they disabled all ad blockers this week. To soften the blow also said they’re going to try and make the appearing ads more relevant to you. BUT, just two days later, Adblock Plus said they had already found a way to block the ad blocker. Facebook is saying that it doesn’t work because it’s taking away content too, but still—it’s not a good sign for Facebook. If you want to try Adblock’s solution, they’ve got info here.

Elon Musk wants roofs made of solar panels
The Tesla founder is trying to buy SolarCity, and now we have even more idea why. The company says they’ll have two new products this year and the plan is to build solar roofs—not just panels. In other words, when you’re building a home or replacing a roof, you could swap out your traditional shingle roof with a brand new solar one. Bright idea! 😉 (sorry, couldn’t resist the bad pun.)

Kickstarter of the week: A 3D pen that runs on plastic bottles
Save the Earth, and have fun doing it seems to be the idea behind Renegade. The idea is rather than buying filament which is both expensive and wasteful, you can re-use your own plastic to build using this 3D pen. It comes with a bottle slicing tool they call the ChupaCut Bottle Shredder that slices down bottles into the thin strips the pen uses. I appreciate a product that allows you to abandon the razor-razorblade model AND helps the environment