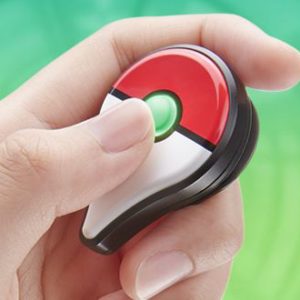 Pokémon Go adds the buddy system plus the Plus
A new update gives Pokémon Go players the option of picking a virtual monster to “walk” with you as you play the game. That Pokémon helps you by collecting candy of its own type while you walk. Oh, and the update allegedly helps fix the egg hatching issues everyone has been experiencing. Cnet has a rundown of the new features.

And, today is the day you can get a Pokémon Plus (see photo above from the official website)—the wearable device that is supposed to make it easier to catch Pokémon without having to have the app open constantly. Before you say, “shut up and take my money” though, you might want to check out some reviews like this one from Forbes and this one from VG24/7.com. 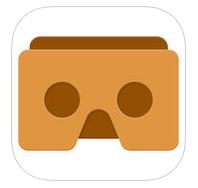 Apple users can now use Cardboard
Google’s Cardboard, that is (not the box your last Amazon delivery came in). Now you can view your photos in VR—or at least a very VR-like experience, but using your iPhone. The app is available in the iOS App Store if you want to give it a go (and you have the viewer, of course). Grab that Amazon box and get making, if you are inspired.

Tesla’s Autopilot gets a radar boost
After some bad press after a Tesla driver was killed while using the car’s autopilot feature, Tesla is back on the offensive. This week they announced updated autopilot software, which should be live in a few weeks. Autopilot 8.0 uses the car’s existing radar system to enhance the on-board cameras so the car is better able to detect obstacles –as long as they’re not large fluffy objects. So, stay away from foam parties or stuffed animal factories, Tesla drivers.

Samsung fixed the Note 7 charging problem…kind’a
Although they’ve recalled the phone, people are still using them—and since they could burst into flame, that’s a bit of a problem. Since the battery is to blame, Samsung will be forcing a software upgrade to all phones that are still in service which will keep the phone from charging past 60 percent. This should help protect customers until all of the phones are exchanged. (Image from CNN Money.)

New iPhone 7 and iOS 10 reviews are in
Reviews are coming in on the new iPhones so if you’ve been on the fence about whether to upgrade, maybe you’d like to read the tech press’ take on it. Ars Technica thinks it’s good, but not perfect (but what is?), Buzzfeed’s reviewer did a really thorough comparison between the 6 and 7 and felt like an upgrade is a “no-brainer” if you’re due. Regarding the iOS, other than an early glitch, it’s now fixed and available for download. So far, people seem to like it.

Hidden features of your favorite mobile OS
If you’re still getting familiar with iOS 10, check out Mashable’s 10 Hidden Features list. And, if you’re on Android don’t worry—I’ve got you covered. Gizmodo has a list of The Most Useful Hidden Features in that operating system.

Did Chevy beat Tesla to the punch?
A New York Times story has gotten a lot of press this week for claiming that Chevy created Tesla’s dream car—an electric vehicle for the masses. The Bolt will be hitting the market before Musk’s brainchild, and has a range of 238 miles, 10 percent more than the Tesla Model 3, for the same price. The question is going to be what appeals to buyers though both in terms of the vehicle and whether they want the charging network Tesla has. Autoblog has quite a few photos if you want to check those out too. (Image: chevrolet.com)

Only get a Dyson hair dryer if you’ve got money to burn
At least, that’s what CNN Money is saying. They tried it, and while they thought it was cool (ha!), at the end of the day, it was a hair dryer. A really expensive hair dryer. That dries hair pretty much just like its way-cheaper competition. So maybe save your $400.

Your kids can learn to code by playing a game
This week Apple released the Swift Playgrounds app for iPad. Why is it a big deal? Because it’s a game that teaches coding concepts. According to Tech 2, it’s easy enough for coding newbies, and “powerful enough for skilled programmers.” Maybe something to check out this weekend, if you’re so inclined.

What the heck is Venmo and how does it work?
Seen on Pinterest: Easy Filling (Yet Healthy) Fall Side Dishes