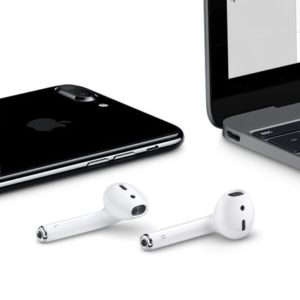 Apple: no jacks, no problem!
At Apple’s press event they unveiled exactly what everyone expected—the iPhone 7 (sans headphone jack) and an updated Apple Watch. Slightly unexpected? The new AirPods (not included), the shiny black finish option on the iPhone, and a dual camera for the iPhone 7 Plus. And, if you thought the industry would be up in arms about the lack of jack, you’d be wrong. A story in The Verge says manufacturers have been waiting for this move, and in general, everyone is going wireless. Not sure how you’re going to adjust? The iPhone 7 comes with an adapter and others are already hitting the market. And, if you want to order a new watch or phone, you can do it today. Image: Apple.com

Why you’ll want the new iOS 10
In addition to hardware, Apple also unveiled the soon-to-arrive iOS 10 mobile operating system. If you’re an Apple fan, you’re probably going to want it. Check out this blog for more details! 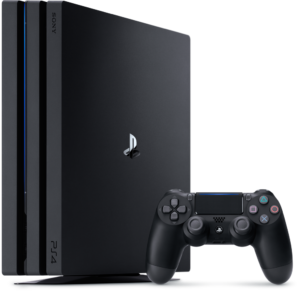 Sony unveils PlayStation 4 Pro
Competing against Apple’s noise, Sony had an event on the same day and revealed their new 4K gaming box—the PlayStation 4 Pro. It has apparently almost twice the performance power and will hit shelves November 10, just in time for the holidays. It’ll sell for $399—the same as the original sold for three years ago. Should you upgrade? Time tries to help you decide. If you want more details about whether it REALLY is truly 4K, check out Venture Beat’s analsysis. Image: Playstation.com

Kickstarter of the week: Sgnl
Ignoring my frustration with the lack of vowels in the name, this Kickstarter is so very Star Trek, it’s really cool. It’s Bluetooth watch band that connects to your phone and lets you answer calls by bringing your finger to your ear and saying “hello.” No, for real. The band generates a vibration that passes through your hand to your ear where the “vibration echoes” create amplified sound “within the closed space of your ear.” For $139, you can have one too. Now, if it would only “chirp” like the Star Trek communicators…

Maybe Bitcoins aren’t quite as secure as we think
A study funded by Homeland Security might make you clutch your greenbacks a bit harder. Although the crypto-currency is supposed to super secure, the study found that 33 percent of all bitcoin exchanges between 2009 and March 2015 were hacked. Um, that’s not so great. For more, Reuters broke the story. 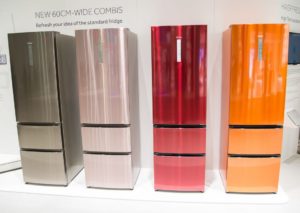 Red fridge? Why not?
CNET thinks the latest in kitchen tech may come in a brightly colored package. Haier, who owns GE, this week unveiled some red, some brightly colored refrigerators in Berlin. Red, orange, and even pink ones were on display but it doesn’t stop there. Haier says they’ll offer customizable colors, selectable via a website. It could be only a matter of time before this color tech makes it to the U.S. Image: Chris Monroe/CNET

Android set-top box is set to launch in the U.S.
People have been waiting, but TechCrunch says it won’t be much longer. Xiaomi, the Chinese smartphone company, apparently plans to launch their Mi Box here in early Q4. Even better for Android-loving folks? It’ll be priced at less than $100 allegedly. It will put an Apple TV competitor in the marketplace and “promises to offer some serious bang for buck.” Could be a great holiday gift, so keep an eye out.

Bonus story: How to pick the fastest line at the checkout
Okay, I know this isn’t, strictly speaking, tech news, but it caught my interest and I thought you’d enjoy it too. The New York Times this week had an article about how to pick the fastest line in the supermarket—based mostly on science and math. Take-aways? Parallel lines aren’t as fast as single lines for all checkouts; look at how many different items people are buying ahead of you (more of the same is faster!), and maybe use the left-most lanes. Read the full story.