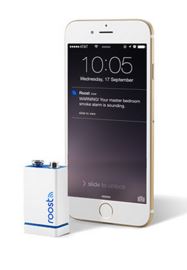 Make your dumb smoke detector smarter with a Roost battery
With the Nest Protect and other fancy-shmancy full-featured smoke alarms becoming popular, you might have thought about replacing your old dumb alarms…only be put off by the cost. Enter the Roost 9-volt battery.  Roost, for only $35, offers you some of the same smart features if you use it in your existing system.  Using the mobile app, it will send you notifications if your alarm goes off, and will tell you when it’s running low on power. Not too shabby for the price so it could be something to consider.

Kickstarter fail: Coolest cooler
The completely high-tech Coolest cooler features a blender, a Bluetooth speaker, USB charger, LED lights, tie-down bungies, reusable plates, a ceramic knife, easy drainage….and more. It’s pretty darn uber and the Kickstarter community funded the project in droves, making it one of the most popular ever. The problem is, Kickstarters haven’t gotten their coolers yet, but the company is now selling them on Amazon for $499. The CEO of Coolest says they’re doing it to “keep the lights on” and to make sure Kickstarters DO actually get what they were promised. Apparently the final product has been delayed by blending motor problems. Folks still waiting for their Kickstarter are, understandably, not happy.

Fossil buys Misfit fitness trackers
We all know that most fitness trackers aren’t exactly pretty. That’s why you might be interested to know that Fossil, the maker of popular fashion watches (including those under the brand names of Skagen, DKNY, and Michael Kors) announced late last week they’re buying the Misfit fitness tracker company. Misfits are unique in that they have a 6+ month battery life and they’re waterproof. Man, if they can meld Misfit tech with an attractive watch? I, for one, am IN.

Enable two-factor authentication on your Amazon account
We’ve talked about the importance of two-factor authentication before here on the blog, and now it’s ready and waiting for you on Amazon. Since they have your payment info, stronger security is a good thing. To enable it, go to “Advanced Security Settings” in your account info. You might want to do it now before picking up one of Amazon’s Black Friday deals that actually start today.

Apple iPad Pro reviews
Folks have had a week to play with the$799 iPad Pro and the reviews are pouring in. The consensus seems to be it’s big, it’s a nice compliment to your laptop, but can’t really replace it. Why? iOS9 doesn’t multitask nearly as well…and everything you need to make it laptop-like (such as a keyboard and a stylus) boosts the price even higher. Also, if displays are your thing, you might surprised to hear that the Microsoft’s Surface Pro 4 beats out the iPad Pro for speed and color accuracy. But, Apple’s Pencil so far, seems to be getting a thumbs up.

Turn any monitor or TV into a computer
And it’ll only cost you $85. No, for real. Granted, it’s not a fancy computer, but Google’s computer-on-a-stick Chromebit can do some very basic stuff. It runs Chrome OS and Google suggests it could be used for creating digital kiosks, for instance. From the sounds of The Verge’s review, they agree—a possibly handy device as long as you’re aware of it’s limitations. My first thought is it could make a fabulous digital picture frame out of one of our old TVs, or maybe it could even run our recipe app in the kitchen.

Breaking up just got easier on Facebook
Yesterday, Facebook announced they’re testing new features to “help people manage how they interact with their former partners on Facebook after a relationship has ended.”  When you change your status you’ll be prompted to try the tools. Your options will include seeing less of the person you broke up with in your feed, and you can limit what that person sees in their feed. The feature is available on the mobile app in the U.S. now. 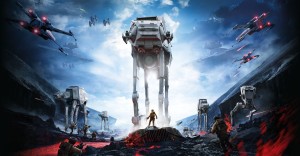 Star Wars Battlefront: gorgeous, but it’s not a hard-core shooter
The much-anticipated video game hit the shelves this week and the reviews are starting to pour in. The consensus seems to be that it’s gorgeous, sounds amazing, but isn’t a hard-core shooter game. Forbes says the game’s authenticity is why it’s a “mediocre shooter.” The Guardian says the attention to visual detail is amazing, but that the structure of the game is limiting which also limits the magic of the game. Perhaps The Escapist headline sums up what all the other reviews are saying: I find your lack of depth disturbing. A friend says, “It’s geared more toward the casual audience because it’s Star Wars,” and he thinks it’s suitable for pre-teens and definitely teens…and, as a fan of the original films (read: Gen Xer) he gives it a thumbs up.