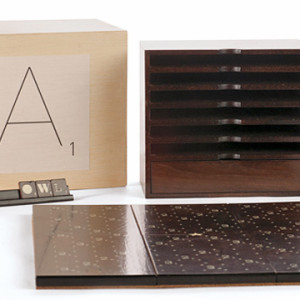 Okay, okay—it’s a stretch to put this in a tech blog, but it’s so pretty I can’t resist. A game concept created by a gentleman named Andrew Capener is being put into production. With its minimalistic design, wood board, metal tile racks – this thing is really good looking. The uber fancy set retails for $199 and there is a cheaper $50 version that’s not too shabby either. It might make a nice gift for your favorite graphic designer or wordsmith.

Boeing unveils the lightest metal ever
It’s so light because it’s 99.99% air (in fact, it’s 100 times lighter than Styrofoam). It’s called Microlattice and is made from interconnected hollow tubes to create an open cellular structure. The result is a metal that’s super strong and highly energy absorbant. Future possible applications include on airplanes (surprise, surprise) and vehicles. You can’t deny, this is cool stuff:

Indiegogo of the week: Ember, the temperature adjustable mug 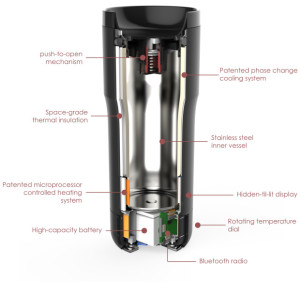 Ember is out to solve one of those annoying #firstworldproblems – a drink that’s either too hot or too cold. If you’ve ever scalded your mouth with a beverage that’s too hot, or let a perfectly good drink die a slow and lukewarm death, you need Ember. It’s a high-tech beverage mug will keep your drink a consistent temperature – either by heating it or cooling it (and is even controllable using your cell phone). The internal battery lasts two hours, or you can keep it charged wirelessly on its own charging coaster. I want one! 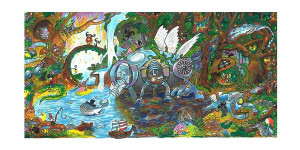 The Doodle 4 Google contest is back
Is your kid interested in a $30,000 college scholarship (heck, if they’re not, are YOU interested in having them win?) then encourage your K-12th grader to enter Google’s annual Doodle 4 Google contest. Kids are encouraged to create their own Google doodle and a chance at scholarship funds AND a spot on Google’s homepage. This year ‘s theme is “What makes me…me” and, for the first time, kids can do more than draw—they can use any medium or materials to create their doodle. For details, check out Google’s doodle contest page. 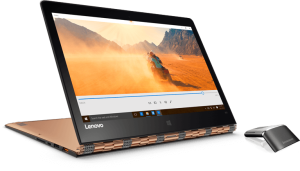 Lenovo’s new Yoga 900 makes waves
On Monday, Lenovo launched their newest piece of hardware, the Yoga 900 – a laptop that’s also sort of a tablet. It has a new hinge that is made from 800 little, tiny pieces so it’s supposed to work better than previous Yoga models and is apparently lighter too. The press loved its flexibility and its more-powerful guts. Stay tuned for the reviews to start pouring in. It will retail for $1,199.

DIY GIF-making with the Giphy app
If you don’t have Photoshop skillz and can’t make you own Gifs, now you’re in luck. There’s a new online creation tool called GIFmaker that’ll do it for you. Grab the video URL and paste it into the app, choose the start and end points, and BAM, you’ve got a Gif. I haven’t tried it yet, but if you do, let us all know what you think in the comments.

Facebook rolls out new universal search and new iOS app
Warning: any of your public Facebook posts are now searchable in a new way. For example, if you search for “Back to the Future Day” you’ll get news articles plus you can see what your friends are saying AND what strangers are saying…if that post was designated as public. So, if you don’t want to share your posts with the world, make sure they’re set to private…or if you do, do the opposite. Also, if you’ve noticed your iOS Facebook app is sucking your battery life, there’s a new release today that should help. 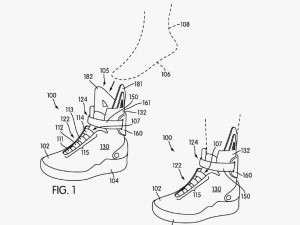 Friday fun: How Nike’s real self-lacing Marty McFly shoes work
If you’re not totally sick of Back to the Future (BTTF) week yet, check out Wired’s piece about how Nike’s real versions of the shoes work.