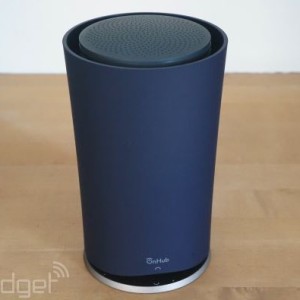 Reviews of Google’s OnHub router are in
Google’s Wi-Fi new router has been put through its paces by a few testers who are now giving their reviews of the $200 device. Apparently it’s decent but expensive…and your money may be better spent on a different one, according to Ars Technica. But, they also believe the OnHub is a Trojan horse of a sort—one that will do more later. Endgadget agrees that OnHub is missing some advanced features found on routers in the same price point, but it’s so easy to set up, they think it could be worth it for some. The Verge doesn’t disagree. Photo: Engadget

Android smartwatches now work on iPhones
Well, three of them anyway – and two haven’t even been released yet. The Huawei Watch, the Asus ZenWatch2, and the LG Watch Urbane officially support iPhone connectivity using an app. The caveat is: “when paired to an iPhone, Android Wear watches can’t do as much as the Apple Watch. Nor can they do as much as they can when paired to an Android phone.” The Verge has a few more details. 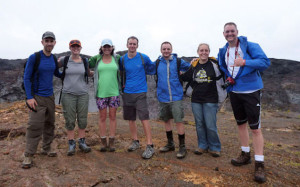 Six people just got sealed in a biodome for a year
They did, but it’s all for science. NASA recruited an astrobiologist, a physicist, a pilot, an architect, a journalist, and a soil scientist to live in a 36 x 20 foot dome sitting in a barren volcano in Hawaii. Why? Mars. Those future missions will require folks to live in very close quarters for a long time. Bring on the Pauly Shore Bio-Dome jokes! Image: Getty

Google has a brand new logo
Sure, Google has tweaked their logo here and there for years, but it’s always been a serif font…until now.  This week they unveiled a new, sans-serif font for their logo and “identity family,” but the colors are basically the same.  Many believe this is part of Google’s Alphabet transition process to get brands realigned. Here’s a video of Google’s logos throughout the years—kind of fun to look back!

Amazon video now can be watched offline
If you download Amazon’s new Instant Video app, you can download and watch things even when you’re not on the Internet…but only if you also have Prime. As Gizmodo says, this means Amazon is throwing down the gauntlet on Netflix and any other video service. And, maybe now you’ll finally get to watching Transparent , Orphan Back or some of those HBO offerings.

Shut up and take my money:  a remote control replica BB-8
I know, I know – the movie isn’t even out yet. But LOOK AT THIS. It’s a perfect working toy replica of the movie’s new droid. It’s adorable. It’s cool. And it “only” costs $150. You can read Toyland’s very thorough review and watch it in action below. It was available starting at midnight last night (MST) at Sphero’s website, and at will soon be at these retailers  (but you’ll have to beat me to it!).

UPDATE: Wired has a story about how this toy came to pass, which is interesting. 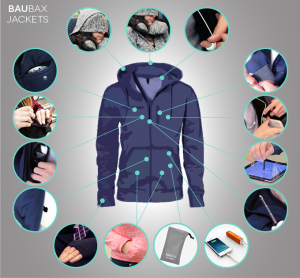 Kickstarter record: BauBax travel jacket most-funded clothing project ever
Anyone who travels even a little bit and looks at this jacket is likely to think, “I want one of those!” This is why it’s not surprising this jacket has just set a new crowdfunding record. The World’s Best Travel Jacket project asked for $20,000…and they closed with $9,192,056. It’s the most popular Kickstarter clothing project ever and the sixth most popular of all time.

Next Wed is Apple’s fall event
The tech world is buzzing with rumors about what Apple will reveal next week. The event on September 9 is predicted to be one of their largest ever. Expected? A revamped Apple TV box, new bands for the Apple Watch, new iPhones (the 6S/6S Plus) and two new iPads, including a refreshed Mini and the larger iPad Pro people have been talking about for some time.  9to5Mac has a rundown of that they’re hearing. 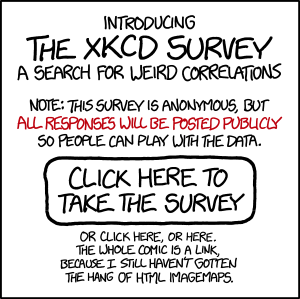 xkcd weird correlation survey a fun way to waste time today
Here’s a great way to waste spend three minutes of your day and have fun doing it (and it’s for science!). The popular web comic xkcd posted a survey this week that’s a series of random questions with the goal of creating an “interesting an unusual data set for people to play with.” That’s all. Just for fun and to find weird correlations. Note: although your answers will be anonymous, they WILL BE made public. Thus, theoretically someone could figure out it was you from your answers. Honestly though, I don’t know why you’d care if someone knew you had been skydiving, or what color you thought The Dress was.

Community Connections: Links for Lauren, Ducky Day, lending a truck
A scammer might be a phone call away