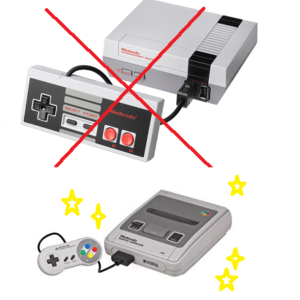 NES Classic, we hardly even knew you
It’s true. The “it gift” of the 2016 holiday season (and still as rare as hen’s teeth, due to high demand) will be no more. Production is coming to a close and the U.S. won’t get any more after April.

SNES Mini, we can’t wait to me you!
Wipe that tear away if you’re still sad about the NES Classic because the SNES Mini (above) is reportedly coming this year! According to Eurogamer, it’s scheduled to launch in time for the holidays. (No word yet on pricing.)

Quit being an Instagram slob!
Don’t leave your favorite photos just lying around your feed—use the new tool the company announced this week to clean up. You will now be able to create “collections” which makes the newly-added bookmarks feature even better. Tap and hold the bookmark icon and you can create a new collection–and collections are private, by the way. (Is it just me, or is this sounding pretty Pinterest-y?) 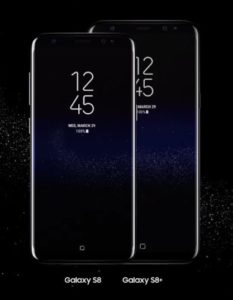 Samsung’s Galaxy S8: not exploding and taking the universe by storm
This week the tech news was positively filled with reviews for the new Samsung Galaxy S8 smartphone. You’ve got TechCrunch, The Verge, Wired, Ars Technica, and Engadget (and more, but we’ll stick with “only” these, m’kay?). Most reviews seem to be positive, if not outright glowing (I’m looking at you, Ars Technica). The high point is the amazing screen and the low point is Bixby, the not-yet-fully-featured digital assistant. If you’re the market for an upgrade, it might be something to consider. (Image: Samsung)

But Samsung maybe shouldn’t get too smug
Because Bloomberg is reporting that Apple is readying iPhone overhauls for their 10th anniversary. Rumor has it they’ll have an all-screen front and an integrated home button. Right now, they’re expecting a release date this fall, so time will tell.

Long, but not painful read about pain
If you have some time this afternoon or this weekend, you might want to read this Wired piece. It’s all about the new discoveries about pain and just how it all works in your body. IMO the story is fascinating, with interviews with a woman who has over-active pain receptors and a man who doesn’t feel pain at all. Very interesting stuff. 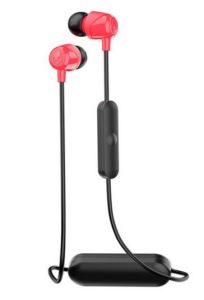 Wireless earbuds on the cheap
If you like the idea of Apple’s Airpods, but don’t want to fork over that kind of cash, Skullcandy may have just what you need. The company is releasing $34.99 wireless “neckbuds” with a built in mic and a remote for calls and music controls. Added bonus? The battery lasts for six hours. The site is a little confusing because it says they were available Tuesday, but yet you still have to pre-order. #mixedmessages

Facebook had a big meeting
It was their big developer conference and there could be snippets you find interesting, if you like to keep an eye on Zuckerberg’s baby. I won’t cover it here, but TechCrunch has a good one-stop-shop with all the headlines from this week’s gathering.

Free movies are bait for malware traps
Interested in a career in GIS? Come see us at UW Madison!