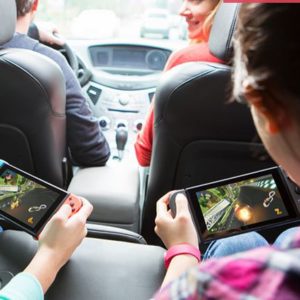 Switch it up, well, maybe
To a Nintendo Switch, that is. It’s the gaming company’s latest console and it’s quite a fresh take on the genre. You can play at home, or you can play it on the go—the Switch is modular, coming apart to become different controllers or attach to a mini screen. With only a single game available right now, it’s a $300 Zelda player, but more titles are coming soon (including Mario Kart). The reviews are pretty mixed, as The New York Times does a great job of summarizing, but TechCrunch’s reviewer loved the thing (and so do many people who left comments). (Image: Nintendo)

Curved iPhone coming?
The latest rumor is about a new $1K iPhone with a curved screen. Yes, really. This is according to the Wall Street Journal, so it could be legit. AND, to top this rumor off, apparently it might take a USB-C power cable (Laptop Mag has this helpful graphic in case you don’t know what it is), rather than a Lightening port. This would be a BIG DEAL because it would be the first time Apple has used an industry standard rather than a propriety connector. 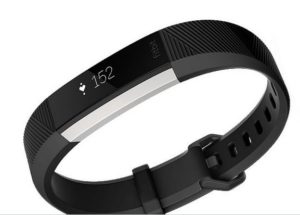 It knows when you are sleeping
The new Fitbit Alta HR with heart rate monitor is the skinniest device that keeps an eye on your pulse. This means it should be comfortable enough to wear all night, giving you more accurate sleep data (vs. trackers that just track movement, which isn’t a reliable measure of sleep quality). You can’t deny it’s good looking and ArsTechnica liked the one they tried, if it matters. Get your own, with your choice of band colors, for $150. (Image: Fitbit)

A battery revolution may be at hand
The guy who helped invent the lithium-ion battery, John Goodenough, could have just retired (he’s 94), but instead he’s poised to rock the battery industry…again. He and Maria Helena Braga, a physicist at University of Porto, just proposed a non-explosive cell battery that uses glass rather than leakable liquids. Apparently it’s both safe AND lasts three times longer. As MSNBC points out, battery “breakthroughs” are nothing new – and usually they’re a bust. BUT, this is John Goodenough, darn it all. This might just be the real thing. 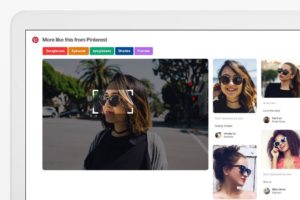 Find what you want with an image, not text
Have you ever seen something in a picture online and been all, “Man, I’d love to get something like that!” but you have no idea where to start looking? Yeah, people at Pinterest have had the same struggle, so they have just updated their Chrome Extension to help you. It uses image recognition software to help you find similar items you select in a photo—so basically, an image search that can help you find those sunglasses, rather than doing a text search.  (Image: Pinterest)

Amazon habla Español
It’s a first for the online retail giant—Spanish on Amazon’s website. I don’t see the option yet when I visit (not that I even remotely speak fluently, as likely evidenced by the subhead on this story), but according to CNET the option will be rolling out in the coming weeks. Fun fact: The U.S. is the second-largest Spanish-speaking country in the world, so this update will definitely help Amazon reach customers in their native tongue.

Friday fun: an animatronic leopard in London and Peeps dioramas