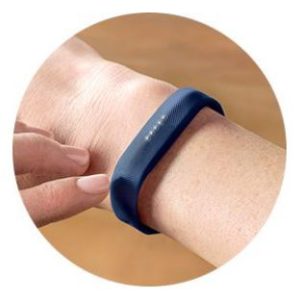 Go swimming with the Fitbit Flex 2
One of the biggest criticisms of Fitbit’s previous trackers is that they couldn’t go in the water. Enter the Flex 2. It’s Fitbit’s latest tracker and it’s water-resistant up to 164 feet so you can shower or swim as you please. Better yet, the Flex 2 will keep track of your laps in the pool, how long they were, and how many calories you burned. The new device started shipping this week, is $100, and like the original, you can swap out different bands to match your look. Might be just the thing for your holiday gift or shopping list. TechCrunch has a great review. (Image: Fitbit)

No really—don’t use that Galaxy Note 7
You probably already know this, but just in case, whether it’s a replacement or an original, don’t use your Note 7. Samsung officially recalled the entire model this week because they keep bursting into flame. Here’s the scoop on what you’ll get for replacing it with a different Samsung phone. And, if you’re curious, get a load of the return box Samsung is sending to people who purchased the phone directly from them—they’re not messing around. 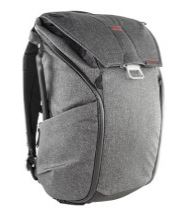 (Former) Indigogo of the week: Everyday Backpack
I *almost* featured this project in a previous blog, and after reading a raving review this week, maybe I should have. Created by Peak Design, the former (and very popular) crowd-sourced project is now available for preorder for the masses. Designed by photographers, the bags work great for cameras but Peak says they’ll work for everyone. Is it true? According the reviewer on The Verge, it just might be. The backpack will set you back $220 but it may be just the bag you’ve been looking for. Shipping is expected for December. (Image: Peak Design)

Music Unlimited is Amazon’s new streaming service*
*But you have to own an Echo to get it. The service starts at only $3.99/mo. and according to GeekWire, there are “tens of millions of songs” in the Music Unlimited library. If you just want to use the service on your Echo, it will cost you the low price, but if you want to use it on multiple devices it’ll cost you $7.99/mo.—if you’re a Prime member—or $9.99/mo. if you’re not.

Tile slims down to help you find your stuff
Not floor tile, but the Bluetooth Tile that helps you find things you lost. Called Tile Slim (the original is now called Tile Mate), it’s 25 percent smaller and has a hole in the corner so you can attach it to key rings (I think I hear my husband ordering this for me right now 😉 ). The new Tile is $30, and the original is $25. 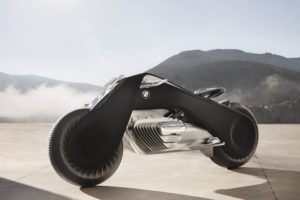 A self-balancing motorcycle is so safe, you don’t need a helmet
Called the BMW Motorrad Vision Next 100, it’s the motorcycle of the future—and it looks it. It has self-balancing systems so it’ll never tip (even standing still) and has a special “Visor” which is really a pair of extraordinary glasses. The glass, controlled by eye movement, provides a heads-up type display with road conditions. The bike has so much integrated tech, it can anticipate what’s coming down the road while also adapting to your driving style to make it almost impossible to get into an accident. The unusual-looking “flexframe” lets the bike turn but without using traditional joints like on motorcycles today. Bloomberg has more.

Nike’s Apple Watch is coming in two weeks
With its fancy breathable band, custom watch face complications, and subtle Nike swoosh etched on the back, time will tell if it’s the fitness wearable to rule them all. The watch will also work with Nike+ Run Club social space, if that has any appeal. The prices for the Nike-branded Apple Watch will be the same as the other Series 2 watches–$369 for a 38mm case or $399 for the 42mm. (Image: Apple)

Nerd alert: New Rogue One trailer
If you didn’t get a chance to watch the second Star Wars prequel yesterday, don’t worry—you can watch it here (or heck, watch it again if you already did):

And how that you’ve watched it, you can enjoy picking it apart with The Verge’s frame-by-frame analysis.