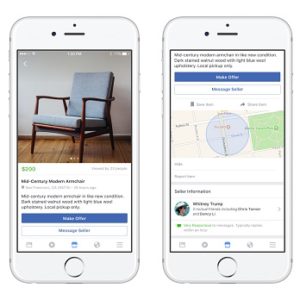 Facebook wants to be the next Craigslist
Rolling out in the next few days is a Marketplace feature on everyone’s favorite social app. It will connect buyers and sellers within communities so it’s easy to sell off that rusty bike or unused chair you keep meaning to get rid of. Using Marketplace, buyers can make an offer and chat (via Messenger) with the seller to coordinate pick up. (Facebook will not handle any payments though, so maybe it would be a chance to give Venmo a try?) (Image: Facebook)

Forget Nexus, there’s a new Google phone in town
Google announced loads of new hardware, including a new phone, the Pixel (and Pixel XL). It’s taking the place of the Nexus, and is giving the iPhone 7 a run for its money. If you’d like to compare and contrast, the International Business Times has a good article. Quickly though, the standard version has a 5-inch screen, a 12 megapixel camera, and you can choose from 32GB or 128GB of storage. Oh, and it comes with the better-than-ever Google Assistant. 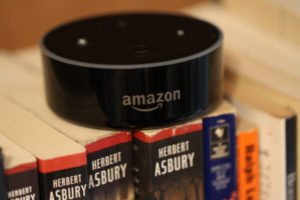 A non-polka Dot for every room
Amazon is pushing hard on their Echo Dot—the mini version of the Amazon Echo—with a very appealing mini profile and $50 price point. The device, just like its larger cousin, is chuck-full of artificial intelligence in the form of Alexa. The idea is to have one in every room so the digital assistant can help you out and play your music. TechCrunch liked it for the price (the image is from their story), but you might want to hold off ordering until you keep reading…

Google’s Assistant now ready for home use
Meet Google Home, Google’s competitor to the Amazon Echo. Priced at $130, Amazon’s still winning with their Echo Dot relative to dollars and cents, but Google has one advantage—it’s Google. Their new device has the advantage of a music search powered by Google, integration with all Chromecasts and Cast-enabled TVs, support for Google Play Music, Spotify and Pandora—plus Nest, Phillips, and Samsung. Also, it’s not bad looking. You can order it today, and shipping starts November 4.

Is that all?
In addition to the phone and their Home device, Google also unveiled the Chromecast Ultra, and a new VR headset, and a router.

Keep spying eyes out of Messenger
You can now encrypt Facebook Messenger. Select “secret conversations” in the “new message” screen and you should be good to go (assuming you’ve got the latest Facebook update)—but it doesn’t work for group chats. And, you’ve got to turn on the option every.time.you.want.to.use.it. Encrypting it doesn’t mean your significant other can’t still grab your phone and read your messages, but it does mean hackers and government agencies can’t see them. You can though, choose to have your messages self-destruct after a while (like Snapchat, not Mission Impossible 🙂 ), so that’s something. 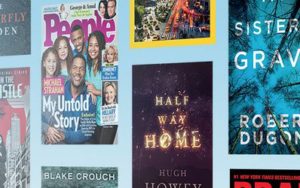 Amazon gives Prime members more for their money
Now a Prime membership includes some free reading material. A group of books and magazines are now available for the Kindle and Kindle app (they’re calling it, wait for it…Prime Reading [shocker!]). Ergo, if you’re a Prime member who also subscribes to Kindle Unlimited, well, you might want to take a closer look at what’s included and decide whether you want to keep it (Image: Amazon).

And if you’re sick of all the Amazon and Google news this week…
Just wait. Microsoft has invited the press to an event on October 26th in New York City. Lots of Windows news is expected, so you can bliss out on that, instead.