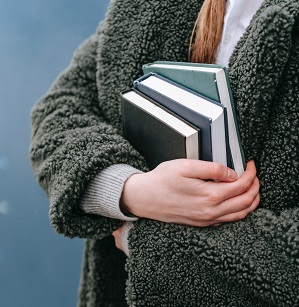 With another winter storm predicted in the South and East this week and cold temperatures expected for the Midwest, it’s a great time to settle in and pick up a new novel. From romance to historical fiction, here’s what TDS associates recommend:

The Pillars of the Earth by Ken Follett 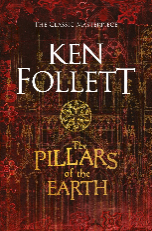 The Pillars of the Earth is a historical drama centered around the building of a great gothic cathedral in the 12th century.

When the sinking of the White Ship leaves King Henry I of England without a clear heir, his daughter Maud and his nephew Stephen of Blois battle for the throne. The six-part novel focuses on the themes of power and ambition, and the chaos this brought to the fictional town of Kingsbridge with the cathedral’s construction. 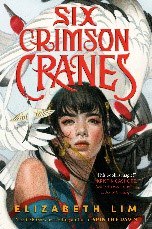 This is the story of a princess named Kiata who has kept a big secret—she has forbidden magic running through her veins. On the morning of her betrothal ceremony with a man she never wanted to marry, Kiata loses control of her powers, forestalling her marriage but catching the attention of her stepmother Raikama.

Raikama, who has dark magic of her own, banishes the young princess and turns her brothers into cranes. Warning the young princess that she must not tell anyone of this, for every word that escapes her lips means one brother will be killed.

On a journey of getting her brothers back, Kiata uncovers secrets deeper than she’d ever known and, in the process, must learn to trust the boy whom she fought so hard not to marry to overtake the throne. And the powers she once suppressed will have to be embraced.

​​​​​​​Garrison also recommends “The Book of the New Sun” by Gene Wolfe.

One Day in December by Josie Silver 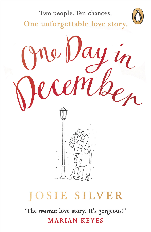 Laurie is a firm believer that the only place love at first sight exists is in the movies until one snowy December through a misted-up bus window, she sees a man who she knows is the one. As they lock eyes in a moment of pure magic, the bus pulls away.

With trust they would run into each other again, Laurie searches London for over a year looking for him at every bus stop and café until one day they “reunite” at a Christmas party, when her best friend Sarah introduces her new boyfriend to Laurie. His name was Jake, or in Laurie’s mind, her soulmate from the bus stop.

The Nightingale by Kristen Hannah 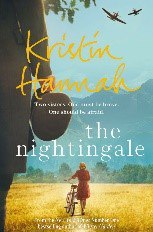 The Nightingale, inspired by the life and memoirs of Andrée de Jongh, takes place in France during World War II.

The once peaceful village of Carriveau has turned into a horrific show of bombs, war tanks, and the scary sight of the Nazis from the SS. Vianne Mauriac is the young wife of a recently drafted soldier with an 8-year-old daughter and her life is coming to a terrifying twist when she is obligated to host a Nazi in her home. Meanwhile, Isabelle, her more rebellious 18-year-old sister, takes the daunting path of joining the French Resistance and risking everything in the process.

This novel explores the themes of love, power of women, and family.

A Gentleman in Moscow by Amor Towles

In 1922, Count Alexander Rostov is deemed an unrepentant aristocrat by a Bolshevik tribuna after the Bolshevik Revolution of 1917 and is then sentenced to lifelong imprisonment in Metropol, the grand hotel across the street from the Kremlin, for his association with a poem with revolutionary overtones.

While some of the most tumultuous decades in Russian history are unfolding outside the hotel’s doors where Rostov is imprisoned, he saw the changes in government reflected in the way the hotel operated and his bondage turns into a purposeful and rich experience. This novel explores the themes of finding one’s place in life and the breakdown of the ideals of the aristocrat. 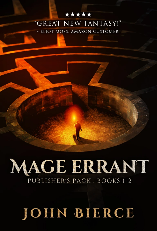 This fantasy series set in the magic school of Skyhold starts from the perspective of Hugh of Emblin. As far as he is concerned, he is the worst student that the academy has ever seen. But, despite this, he has been chosen as one of three apprentices of an eccentric mage.

The story unfolds as Hugh and his classmates are taken on as apprentices by Alustin, Librarian Errant. They start to discover and train their unusual talents which leads them to a world of events beyond their control. There are five books in the series so far: “Into the Labyrinth” (2018), “Jewel of the Endless Erg” (2019), “A Traitor in Skyhold” (2019), “The Lost City of Ithos” (2020), and “The Siege of Skyhold” (2021). Erik also recommends “A Thousand Li” series by Tao Wong and “Frith Chronicles” by Shami Stoval.

The Moscow Rules: The Secret CIA Tactics That Helped America Win the Cold War by Antonio and Jonna Mendez 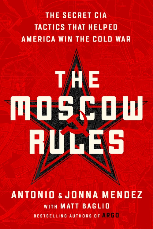 In the late 1970s, Antonio Mendez and his future wife Jonna were CIA operatives working as spies with Moscow as their main target during the most dangerous moments in the Cold War. Because Soviets kept files and closely studied behaviors or foreigners, intelligence work was almost impossible, and the Soviet threat was more pressing than ever.

This is the story of the intelligence breakthroughs of experts in disguise, Antonio and Jonna, and what ultimately turned the odds into America’s favor. Identity swaps and James Bond style gadgets are just the beginning of what was used during this treacherous time. As Russia rises in opposition of America, this story takes you through all that was risked for the great country of America.

Brittany also recommends “Child of a Mad God” by R.A. Salvatore and “The Demon-Haunted-World: Science as a Candle in the Dark” by Carl Sagan.